Kevin Costner ‘Embarrassed’ & ‘Kind Of Hurt’ After Meeting Madonna In 1991 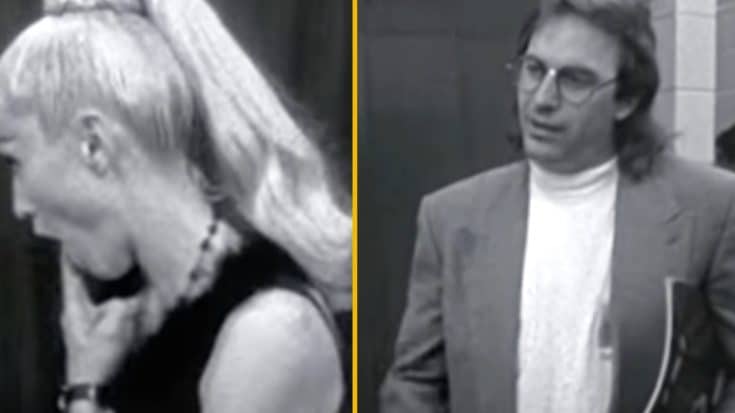 In the early ’90s, Hollywood star Kevin Costner had an awkward encounter with music icon Madonna.

At the time, both Costner and Madonna were established in their careers. Still, when the two celebrities met backstage after Madonna’s Blonde Ambition Tour, the pair did not appear to be compatible.

In a clip from the singer’s 1991 documentary Madonna: Truth or Dare, Madonna is seen backstage amongst several other celebrities when Costner stepped into the room. The Yellowstone star wanted to praise Madonna’s performance and thank her for the invitation to the show.

“You were great. Thanks for having us. That was very generous. We thought it was neat,” Costner remarked in the clip.

Madonna did not appreciate Costner’s word choice and remarked that no one had described her show as “neat” before. While the star stayed cordial when speaking to Costner, Madonna made a gagging motion once the Hollywood actor walked away.

“Neat? Anybody who says my show is ‘neat’ has to go,” Madonna decided.

In 2007, Costner recalled the incident in an interview with The Los Angeles Times. During the conversation, Costner admitted:

“Yeah, I was embarrassed by it and kind of hurt by it. I just went back there because I was asked to go back. And I found the best word that I could. I never called her on it or whatever.”

Costner also revealed that Madonna apologized for her actions years later. The actor had taken his daughters to see one of Madonna’s shows, and the singer stopped her set to apologize on stage. Costner recalled:

“But I really respected that, and it showed me the power of just keeping your own counsel for a long time….Whatever possessed her, whatever was inside her, she came to her own decision. And a bigger thing came out of some kind of humiliation.”

Watch Costner and Madonna’s interaction in the clip below.