By Miranda Raye on November 4, 2021
Advertisement 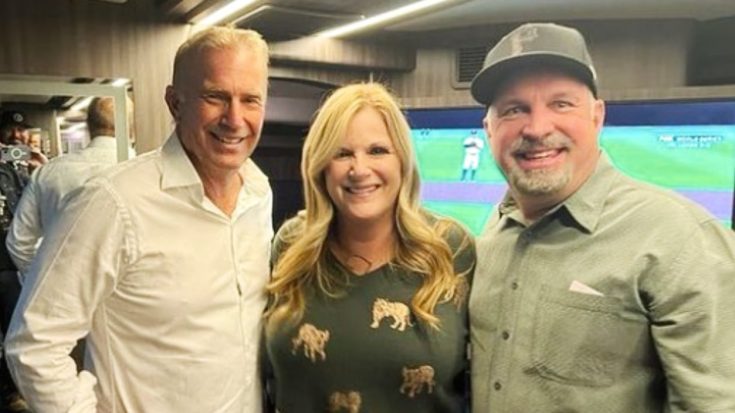 Did y’all know Kevin Costner has a band?

The Yellowstone star has been performing with his band, Modern West, since 2007. The group performs country/rock music and has released multiple albums.

The group performed at the Ryman Auditorium in Nashville, Tennessee on October 26. Costner reflected what it was like to play there, saying:

“What an honor to get to play the #MotherChurch. Few stages have seen the kind of magic that has happened at @theryman, and we’ll never forget how it felt to be a part of it last night.”

Costner got the chance to meet two country music superstars when he performed in Nashville. But not Nashville, Tennessee…Nashville, Indiana.

The two country artists Costner met at his show were none other than Garth Brooks and Trisha Yearwood. Yearwood gushed about the experience on Instagram.

“The hubs took me to see @kevincostnermodernwest last night! They played Nashville…Indiana that is! Thanks for a great time!” she wrote alongside a photo that shows her rocking a Yellowstone Dutton Ranch hat.

Costner commented on her post, and said, “Thanks for coming out! Great meeting you.”

Costner also spoke about their meeting on his own Instagram page. He shared a photo of him with Brooks and Yearwood backstage, and captioned it, “What a treat to have these legends come see our show. Thanks for coming out, @garthbrooks & @trishayearwood!”

You can check out the photo Costner shared of him, Brooks, and Yearwood below. How cool is it that they met each other?