By Jennifer Pernicano on March 1, 2022
Advertisement 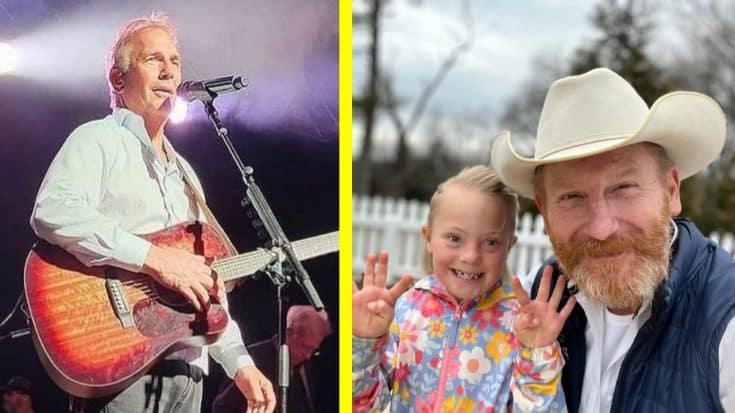 For the better part of 2021, Kevin Costner and his band, The Modern West, traveled the country on their Tales From Yellowstone Tour.

The tour followed up the Tales From Yellowstone album, which was released in June 2020. The album was mostly written from the perspective of Costner’s Yellowstone character, John Dutton.

“It’s really a concept record,” Costner tells American Songwriter. “Sometimes there are songs that aren’t really necessarily about John Dutton. I have my own muse when I’m away from home, or when I’m making a movie, and there are songs that kind of blend in and also complement what’s happening.”

In a huge announcement, it was revealed that Kevin Costner and The Modern West would be headlining The Homestead Festival, a “first-of-its-kind” outdoor festival.

“We are all, of course, over-the-moon excited to have Mr. Costner and his band coming to join us for the event. But the truth is, we are just as excited to have all the incredible performers and speakers that are taking the time from their busy lives to come to Tennessee and share their knowledge and skills with individuals and families who too will be coming from all over to take part in this special weekend,” Rory Feek said in a press release.

The Homestead Festival will not only include performances from Costner and his band, The Isaacs, Jimmy Fortune, and the Brotherly Love Project, there will also be masterclass lectures by prominent homesteading community leaders on growing and preserving your own food, keeping bees and baby chicks, home birth, and home-schooling.

Festival-goers will also be able to shop at the Homestead Marketplace, which will have over 100 vendors, artisans, food trucks, and a showcase area for showing off arts such as woodworkers, blacksmiths, gardening experts, flower farmers, and artists.

The Homestead Festival will be held at Rory Feek’s farm in Columbia, Tennessee, where he and his late wife Joey Feek held their annual Bib and Buckle Fest from 2008-2013. This will be the first time since her death that Rory has brought live outdoor music to his homestead.

See the announcement below.