By Miranda Raye on August 2, 2022
Advertisement 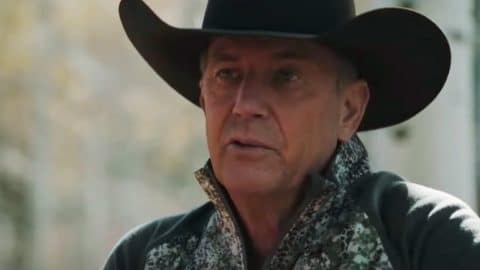 Kevin Costner was already a major star before he was cast as John Dutton in Yellowstone. Now, Yellowstone is one of the most popular television series in the country and continues to draw in millions of viewers per episode.

Costner is an even bigger star thanks to Yellowstone‘s success. So it makes sense he is reportedly one of the highest paid actors on TV at the moment.

This is your sign to tell someone about #YellowstoneTV. pic.twitter.com/CLhW02ii7R

Variety published a report in July 2022 about various TV actors’ salaries. The outlet’s report was based on information received from “multiple TV talent agents” and unnamed sources and insiders.

According to one anonymous rep who spoke with Variety, TV shows tend to reserve large salaries for the top talent. “Platforms appear to be trying to keep episodic fees under $1 million, with that number being reserved for only the biggest names,” the rep said.

Costner is obviously one of the stars earning the big bucks for his work on TV. So how much money are we talking?

Based on the Variety article, Costner is reportedly raking in $1.3 million PER EPISODE of Yellowstone. That’s quite the salary!

If this number is true, Costner stands to make more money than ever during Yellowstone‘s fifth season. The upcoming season is going to be longer than any other, with a total of 14 episodes. These episodes will be split into two parts containing seven episodes each.

So if Costner earns $1.3 million for each one of those episodes, that means he’ll walk away $18.2 million richer after Yellowstone‘s fifth season. That isn’t shabby!

Season 5 of Yellowstone kicks off on November 13. We can’t wait to see what happens next in John Dutton’s world.