By Manly Bryant on April 25, 2019
Advertisement 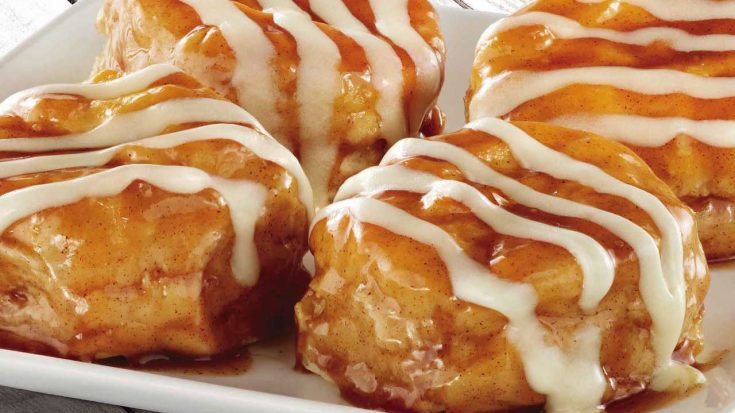 One of the greatest combinations in food history is about to hit your local KFC, and it’s delicious! According to KFC spokesperson the new Cinnabon Dessert Biscuits will be available in restaurants for a limited amount of time, starting April 29th through June 30th.

Everybody shut up for a second! People need to hear this. @kfc has @cinnabon inspired Dessert Biscuits and they RULE. …

What’s even more amazing about this dream come true is that you can get your hands on them for FREE. Yes, you heard correctly. If you purchase a 10-piece meal, you get four mouth-watering biscuits drizzled in cinnamon-glazed frosting for free. A beautiful deal for a perfect dessert. Although if you’re in the mood for dessert only, you can get one Cinnabon biscuits for $1 or three for $4.

This is definitely a treat you won’t want to miss. The ingredients are no secret either: they consist of a brown sugar mixture layered on KFC’s warm flaky biscuits, topped off with a gooey cream cheese frosting that’ll have your taste buds begging for more.

In addition to the release of the new dessert, KFC is also kicking off a new Mother’s Day campaign which lets you create your own personalized Mother’s Day video. We’re not gonna tell you too much about the special video that you can create, but we will say that it is hilarious! Your mom will probably enjoy it.

“Wish mom a happy Mother’s Day the KFC way by sending her a video of a shirt-ripping, finger-lickin’ performance cooked up by a troupe of hunky KFC Chickendales,” Andrea Zahumensky, chief marketing officer for KFC U.S., said in a statement.

Over all, these bad boys are going to be delicious, so make sure you head down to KFC as soon as the doors open April 29th.