By Manly Bryant on January 24, 2020
Advertisement 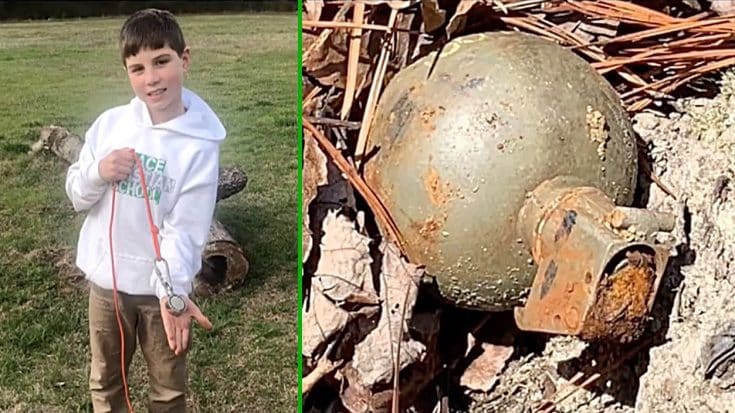 9-year-old Kolton Decker was magnet fishing with his dad at Little River on Morrison Bridge Road in Moore County when his magnet stuck to a highly dangerous live grenade.

“If God wasn’t watching me, I probably would have blown up,” Kolton told FOX 8.

Kolton’s mom Renee said she originally got the magnet fishing pole for him for Christmas because it was a fun, safe thing to play with. Little did she know he’d end up reeling in a live grenade.

When Kolton pulled it in he thought it was a dirty tennis ball at first, but as it got closer to him he yelled to his dad, “Hey dad, I think I found a grenade.” His dad ran over to him and noticed that the pin was already pulled and, serving in the U.S. Special Forces, he knew exactly what to do. He called the bomb squad.

Fort Bragg bomb expert Staff Sgt. Drew Dobbs was first to arrive on the scene and realized it was way too dangerous to be transported so they blocked off the area, safely took it to the wood and detonated it. The explosion blew a hole in the ground that was knee-deep.

“You wouldn’t want this to go off anywhere near you,” Sgt. Dobbs said. “If somebody was holding it, it would absolutely kill them. I have no actual reason or explanation for why one would be in a creek here.”

Renee said she’s just grateful God was watching over her son and husband that day because it could have easily killed them both standing so close to each other. Good thing they made the right choice to not hand handle it themselves and called the authorities.