By Manly Bryant on October 16, 2020
Advertisement 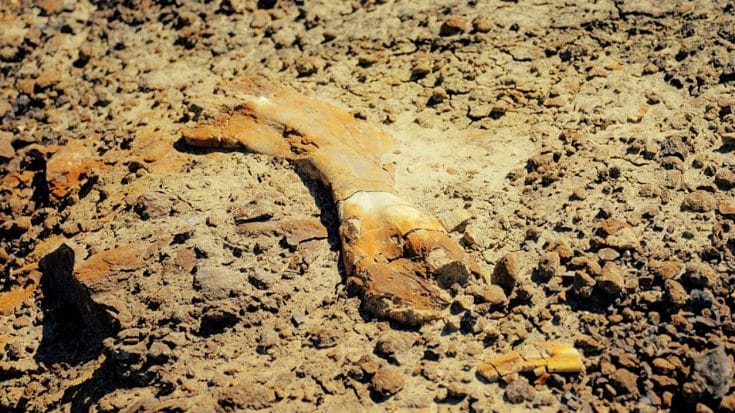 12-year-old Nathan Hrushkin was hiking with his dad this summer at a conservation site in the Horseshoe Canyon located in the Badlands of Alberta, Canada when he stumbled upon a 69-million-year-old dinosaur fossil.

Nathan says he’s been wanting to be a paleontologist for about six or seven years now and has been visiting the conservation site for about two. Fossil rocks are scattered all over the site and on this particular day, he spotted some partially exposed bones and took a picture of it.

“We sent pictures and to the Royal Tyrrell Museum and François, the palaeontologist who replied, was able to identify one of the bones as a humerus from the photos so we knew we’d found something this time,” Nathan Hrushkin told Nature Conservancy Canada.

The bones belonged to a young duck-billed dinosaur called a hadrosaur. Fossil reports are very rare in the Horseshoe Canyon area so the Royal Tyrrell Museum decided to send a team to investigate. Paleontologists uncovered 30 to 50 bones from the single hadrosaur within the canyon’s wall. It was around three or four years old when it expired.

The Royal Tyrrell Museum’s curator of dinosaur palaeoecology François Therrien said that the young hadrosaur is a very important discovery because it’s from a time that we don’t know much about, especially for the Alberta area.

“Nathan and Dion’s find will help us fill this big gap in our knowledge of dinosaur evolution,” François told WishTV.

An amazing discovery: The Nature Conservancy of Canada (NCC) is confirming the significant discovery of a dinosaur…