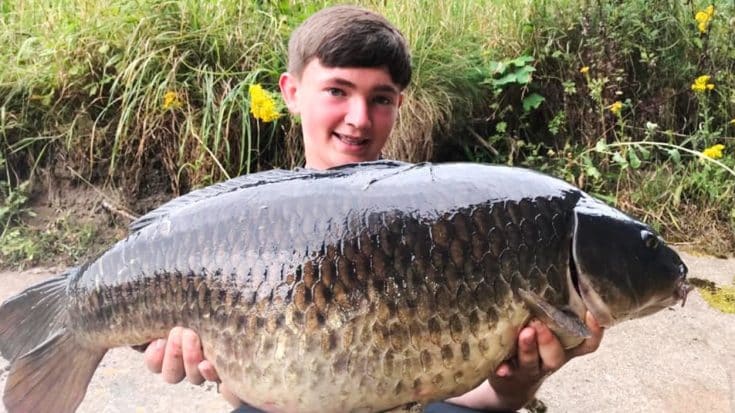 Biggest Fish In Over 100 Years

When 15-year-old Kaden McCarthy went down to the fishing hole on July 28th, 2019 he broke a long-held record by reeling in the biggest fish caught in the Irwell River in over 100 years.

Irwell River is a 39-mile long river located in Lancashire, United Kingdom and is a well-known spot for recreational activities like fishing. Kaden lives close to the river and has been catching big fish all his life. He’s actually one of the youngest people to be accepted into the Salford Friendly Anglers’ Society (SFAS).

People Envious Of His Catch

The SFAS is the world’s oldest angling society and the only way you can get into it is if you catch really big fish. Well, Kaden has done it multiple times and has been known to make a lot of people envious of his ability to reel them in like an expert.

“There’s been a lot of people who were jealous and others who didn’t realize there were fish in there that were that big,” he said.

Not only did Kaden catch this 25-pound common carp Irwell fish but he also caught a 29-pound carp fish from a fishery in Oxford and even though that one weighted more he said: “You can’t beat the Irwell because the fish are very strong.”

Unfortunately, there is no video of the catch. It sure would be an amazing sight to see. However, below you can watch a video of the 11 biggest fish ever caught.