Kid Rock Is A Moonwalking Mime In New Dance Video

By Manly Bryant on November 25, 2020
Advertisement 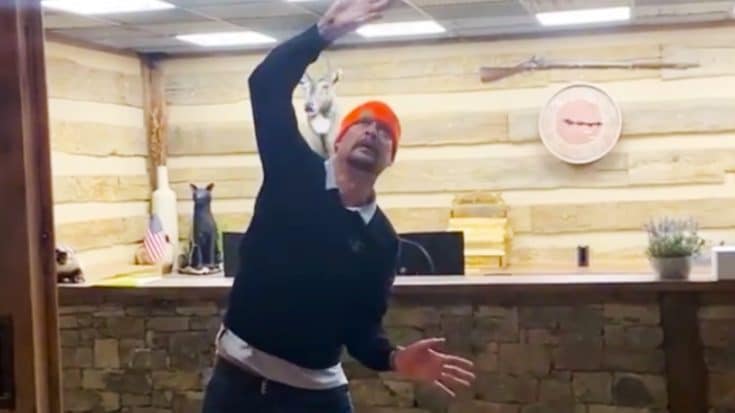 If Kid Rock ever tires of his day job, he might make a good mime!

Robert James Ritchie, better known as Kid Rock, is known for switching up musical styles. With memorable songs like, “All Summer Long” and “Bawitdaba,” Kid Rock has earned nods across multiple genres.

According to The New Yorker, the 49-year-old musician came up with his iconic stage name after teaching himself how to rap and dance, and it seems that Kid Rock still practices his moves! The singer took to his Instagram to share a hilarious video with fans! In the post, which Kid Rock captioned, “Slick,” the musician pretended to slide along an imaginary window. He also incorporated a bit of dance choreography into the bit, which his followers loved!

While sometimes viewed as controversial, the outspoken singer has done a great job staying relevant in an ever-evolving music industry. In an interview with Rolling Stone, Kid Rock confirmed his future in music. The singer stated:

“I’m entering the Bob Seger/Tom Petty/John Mellencamp phase. I’ll always want to do music, but I’m happy doing it at whatever level it provides me. I’ve always said, when my time is done, I’ll go away gracefully. I won’t kick and scream; I won’t put up a fight.”

Fans do not expect Kid Rock to fade away anytime soon! With moves like his, Kid Rock will be performing for years to come!