By Jennifer Pernicano on March 29, 2019
Advertisement 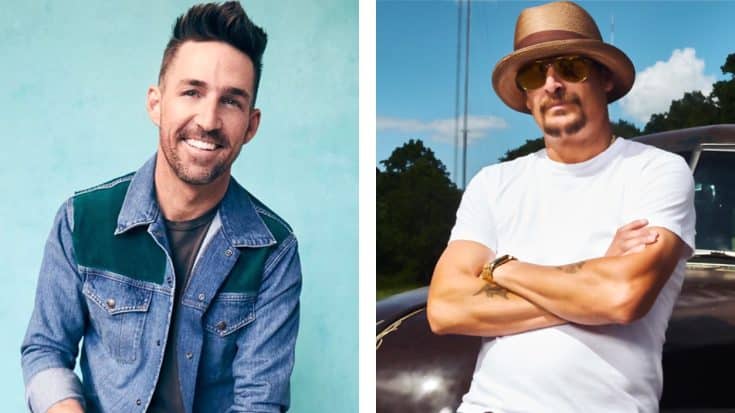 Country music heartthrob Jake Owen invited country rockstar Kid Rock on his latest track and it’ll get you right in the summertime spirit.

Owen has been taking the country music world for a ride since his debut album, Startin’ with Me in 2006. Since then, the singer has released several hit singles including “Beachin'” and “Down to the Honkytonk.” But it’s his most recent song that has fans really jamming out.

Owen announced the debut of his newest album, Greetings from… Jake in late February. The album which was released today, March 29, features a series of vacation-inspired songs. During his promotion for the album, Owen explained his inspiration came from the appreciation for his home state of Florida. Songs like “Drink All Day” and “Mexico in Our Minds” are bound to get you ready for the summertime sunshine.

The momentum going into this album release has been insane!!! Super pumped to finally be able to give you guys the full collection. ?? #GreetingsFromJake

But fans quickly took a liking for Owen’s song, “Grass Is Always Greener” featuring the one and only Kid Rock. The feel-good beat and tune begins describing the perfect country summer day before Owen goes into,

“We’re always gonna want a little more than we got. Yeah, it’s just the way the big world turns.” Owen continues, “If you’re mad at the man or you’re mad at the hand you were dealt than you’re missin’ a point…grass is always greener in somebody else’s joint.”

Before sliding into the second verse, Owen invites Rock in for a little fun. Rock dishes some great advice for having a good time and keeping your head up no matter the situation you’re in.

Owen and Rock sing the remaining verses together for some unique harmonies.

These two may seem like an unlikely pair but they rocked this song together! Owen only had the best of things to say about being on the track alongside Rock as well. In an interview with iHeart Radio, he admitted,

“Thanks, Kid, for adding a spark to this album. You definitely brought a light to it that is forever grateful for and the song is probably my second, if not my favorite song on the album.”

Listen to “Grass Is Always Greener” below.