By Miranda Raye on April 15, 2019
Advertisement 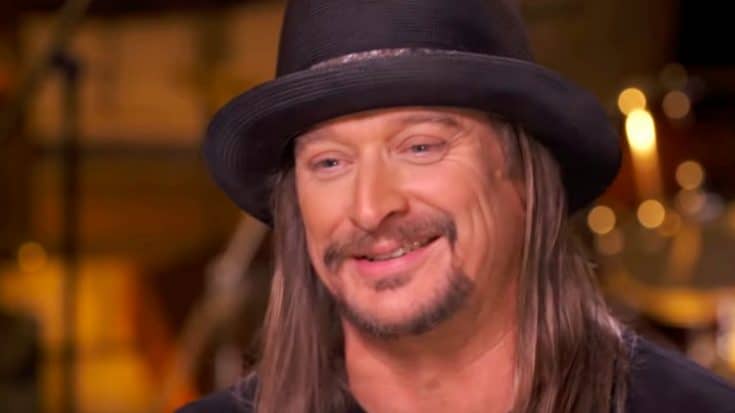 Here’s a little something y’all may not have known about Kid Rock…he’s a grandpa!

It may come as a shock to hear that fact, and that’s because Kid Rock is only 48 years old. It is made all the more shocking when you realize that he became a grandpa at the age of 43.

His granddaughter, named Skye, was born when Kid Rock’s son Robert James Ritchie Jr., was in his early twenties.

Dude, Kid Rock has a granddaughter. I’m old. It keeps hitting like a train.

Bobby and Skye eventually moved to Tennessee, where Kid Rock has kept a home ever since his breakthrough into the country music scene. Back in 2017, the “All Summer Long” singer spoke to Billboard about how he likes to stay in Tennessee now because of Skye and his son, rather than reside in his hometown of Detroit.

“[I’m spending] a lot more time now that my son is here and my granddaughter,” he said.

Well folks, it is official…My parade has been rained on! But in the end, it is not about me. It is about the kids and the wonderful work they do at Vanderbilt Children's Hospital. Either way, myself, family and especially my granddaughter, are gonna enjoy today. Sending well wishes for a break in the rain and a successful parade. I love Nashville and the people she holds. But remember…Rock n Roll Never Forgets!! Robert Ritchie / Kid Rock

When asked by Rolling Stone in 2016 what he thought about becoming a grandfather at such a young age, Kid Rock said that he considers himself lucky.

“My friends say, ‘How lucky are you, to be able to see your granddaughter do so much stuff? You’ll be at her wedding.’ So many things you might not see if you have kids later in life, which seems to be the trend now for most responsible adults.'”

You can tell that Kid Rock loves being a granddad, as he frequently shares adorable photos of Skye on social media, and it seems like they spend a lot of time with one another. They even got the chance to ride in a Christmas parade in Leipers Fork, Tennessee.

The two recently embarked on a magical vacation, jetting down to Disney World for a special time together. Of course Kid Rock had to share a snapshot from that fantastic day, and it is as sweet as can be.

Standing next to Minnie Mouse and her grandpa, Skye can be seen sporting a huge smile on her face as she looks ahead at the camera. Kid Rock is seen kneeling next to her and Mickey Mouse, flashing the camera a pretty big grin of his own.

In the caption, Kid Rock made it clear that he and Skye had a wonderful time together. “Does not get any better than Disney World with your granddaughter!” he wrote.

The priceless photo received a lot of love from fans, who gushed about how adorable it was in the comments.

Does not get any better than Disney World with your granddaughter! Thank you to Ray and all who helped make it such a special day. #Blessed – Kid Rock

Isn’t that the sweetest thing? This is a photo that both Kid Rock and Skye are sure to treasure forever.

Pictures are something that clearly hold a lot of meaning for Kid Rock. After all, one of his biggest hits is a song he co-wrote and sang with Sheryl Crow titled “Picture.” If you haven’t heard the song in a while, be sure to give it a listen below.

Who knows, maybe little Skye will one day grow up to be a singer just like her grandpa!