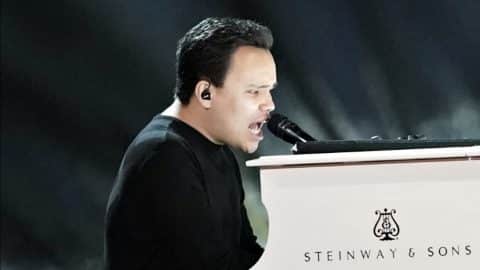 America’s Got Talent has crowned its season 14 winner, and we couldn’t be more excited about the results. Kodi Lee, a 22-year-old singer and pianist who is also blind and autistic, took home the coveted title during Wednesday night’s season finale.

Kodi had been sharing his music for years, but perhaps reached his largest audience with his AGT appearance. The musician’s AGT audition was viewed more than 45 million times on YouTube and 340 million on Facebook! It was immediately obvious that America loved Kodi Lee.

“We found out he loved music really early on. He listened and his eyes just went huge and he started singing,” Kodi’s mom, Tina, said during his first visit to the America’s Got Talent stage. She went on to explain that music basically saved her son’s life.

“Through music and performing, he was able to withstand living in this world, because when you’re autistic, it’s really hard to do what everybody else does,” she explained. “It actually has saved his life, playing music.”

Kodi Lee received the Golden Buzzer, a fast pass to the season’s live shows, from judge Gabrielle Union. Week after week, Kodi Lee continued to remind us exactly why he was more than deserving of the Golden Buzzer, and ultimately the title of winner of America’s Got Talent.

During Wednesday’s finale, Kodi was joined by singer-songwriter Leona Lewis for a jaw-dropping performance of “You Are The Reason,” a song Lewis originally recorded with Calum Scott.