By Miranda Raye on April 29, 2019
Advertisement 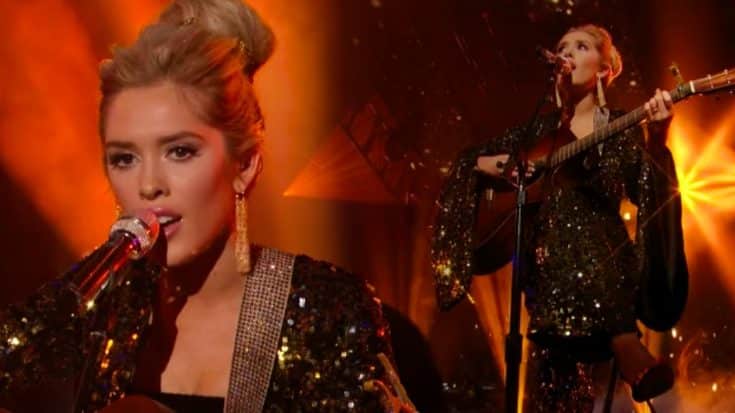 Anyone who watched Laci Kaye Booth audition for American Idol knew she was destined to be a star. The young Texas college student made an instant impression with her smoky voice as she sang Merle Haggard‘s “Mama Tried.”

At that early stage in the competition, judge Katy Perry dared to say that Booth was a “diamond in the rough” among all other contestants.

Booth lived up to that description as she advanced through Idol. Week after week, she amazed audiences who tuned in to hear how her unique voice could capture some of their favorite songs.

Enchanted by the young vocalist, viewers voted her all the way into the Top 8. As a member of that elite group, Booth was tasked with performing a song by the rock band Queen, since Idol was hosting a Queen-themed night.

Before the performance aired on live TV, it was revealed that Booth would be singing “Love of My Life.”

Tonight's show will ROCK you! ? The Top 8 perform the music of @officialqueenmusic ? ft. mentor @adamlambert, PLUS your fav contestants team up for iconic movie duets! ? Which performances are you most excited for?! Watch #AmericanIdol LIVE tonight and VOTE! 8p East Coast | 7p Central | 5p West Coast

Written by Queen’s lead singer Freddie Mercury, “Love of My Life” was penned in honor of his ex-fiancée and best friend Mary Austin. The heart-wrenching song struck a chord with listeners, and was a fan-favorite at Queen’s concerts.

Following the release of the 2018 Mercury biopic Bohemian Rhapsody, “Love of My Life” charted at the 23rd spot on the U.S. Rock Songs chart.

With recent renewed interest in the song, Booth was under a lot of pressure to deliver “Love of My Life” in a stunning way. She didn’t cave under that pressure, and instead, issued a performance that left everyone in awe.

Seated at center stage with her guitar in her lap, Booth wore a dazzling gold jumpsuit that glittered when the light poured down on her.

Even more dazzling than her attire was her voice, which tenderly moved through the start of the song at a near whisper. Her naturally smoky tone comes out best in soft moments such as those, which is why she tends to deliver more subdued performances than the other singers.

But much to everyone’s surprise, Booth let her voice burst with an explosion of sound mid-performance. The result was chill-inducing, to say the least.

At the conclusion of Booth’s brilliant performance, the judges praised her for moving them with her voice and delivery. Once again, Perry referred to the young singer as a “diamond” in the competition, and we couldn’t agree more!

The viewers were also touched by Booth’s performance, and voted her through to join the Top 6. She certainly earned that placement with her rendition of “Love of My Life.”