By Miranda Raye on August 3, 2022
Advertisement 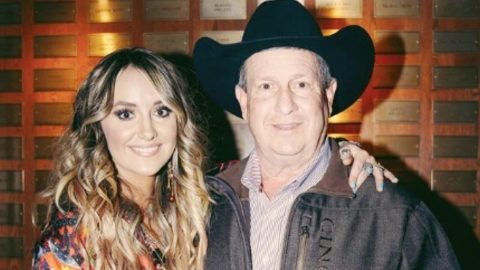 Lainey Wilson is one of the fastest rising stars in country music at the moment. She’s known for her #1 hits “Things a Man Oughta Know” and “Never Say Never,” has won two ACM Awards, and will soon appear in the fifth season of Yellowstone as a new character named Abby.

But in the midst of this exciting time, Lainey had some bad news to share on July 27.

That day, Lainey announced the cancellations of two of her then-upcoming shows. She said a “family emergency” was the reason why she had to cancel them:

“Due to a family emergency, I’m unable to play this weekend’s shows in Maquoketa, IA and Arnold Park, IA,” she wrote. “I’m so sorry to cancel last minute, but please trust I would not be backing out if it weren’t critical. Please keep my family in your prayers.”

Later, Lainey revealed that the family emergency involved her father. She shared a photo of her and her dad together, and wrote:

“My deddy. My cowboy. Please keep lifting him up in prayer. Toughest man I know.”

Lainey’s sister, Janna Wilson Sadler, has shared some more detailed updates on Facebook about their dad.

Janna said he is suffering from Diabetic Ketoacidosis, which is causing the spread of a fungus throughout his body. He underwent an initial surgery to remove some of the dead tissue.

In a new update Janna posted late on Tuesday (August 2), she shared their dad underwent another surgery, calling the procedure “extensive.”

The surgeons removed more dead tissue in their dad’s sinus cavity. An ophthalmologist also performed surgery on both of his eyes.

Janna said their dad “is not out of the woods” and “is fighting tooth and nail.“

Lainey shared her own update on her dad’s health on Tuesday. In a video message to her fans, she said:

“…My daddy has not been doing well. He is here in ICU here in Houston.”

Lainey let her fans know how much she appreciates all of the prayers and love people have sent her way. She said “every single prayer, every single heart, has been felt by me and my family.”

Although Lainey wants to spend “every minute of every hour” by her father’s side, she knows he would want her to get out there and sing. She said she’ll be back on the road this weekend “singing every note” for her dad.

You can watch Lainey’s video update below. We’ll continue to keep her dad in our prayers.