By Jennifer Pernicano on January 10, 2022
Advertisement 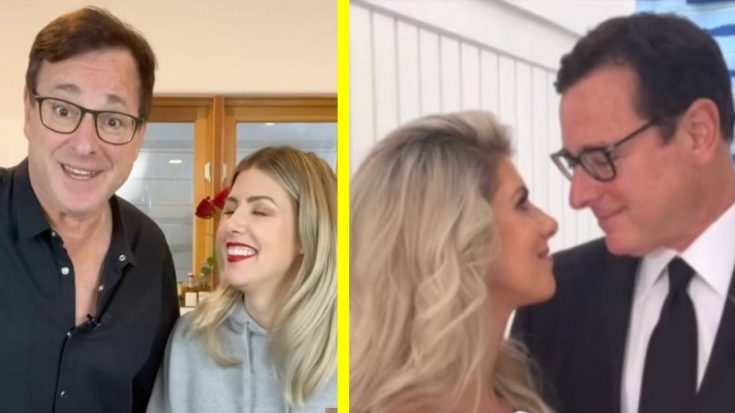 On Sunday afternoon (Jan. 9), it was reported that Full House star and comedian Bob Saget had unexpectedly passed away.

The Orange County Sheriff’s Office confirmed TMZ‘s initial reports that Saget had been found dead in his Orlando hotel room. TMZ reported that around 4PM Eastern Time, the Sheriff’s Department and fire department responded to an unconscious man at the Ritz-Carlton hotel in Orlando, Florida.

Earlier today, deputies were called to the Ritz-Carlton Orlando, Grande Lakes for a call about an unresponsive man in a hotel room. The man was identified as Robert Saget & pronounced deceased on scene. Detectives found no signs of foul play or drug use in this case. #BobSaget pic.twitter.com/aB1UKiOlmi

After the news was confirmed, tributes to the actor, most famous for portraying Danny Tanner in the ABC sitcom Full House, poured in from his co-stars, friends, and fans.

I am broken. I am gutted.  I am in complete and utter shock.  I will never ever have another friend like him.  I love you so much Bobby.

I don’t know what to say ?. I have no words. Bob was one of the best humans beings I’ve ever known in my life. I loved him so much.

“We are devastated to confirm that our beloved Bob passed away today.  He was everything to us and we want you to know how much he loved his fans, performing live and bringing people from all walks of life together with laughter. Though we ask for privacy at this time, we invite you to join us in remembering the love and laughter that Bob brought to the world.”

Saget is survived by his wife, Kelly Rizzo, and his daughters from a previous marriage, Aubrey, Lara, and Jennifer.

Saget was in the middle of his I Don’t Do Negative Tour, which had kicked off just two days before his death on January 7th.

Loving beyond words being on tour —And doing an all new show of standup and music. Hope to see you out there. More dates being added continually as we go further into 2022… For tickets, go to: https://t.co/nqJyTi0Dbk pic.twitter.com/ECSOpGt1K0

After his January 8th show in Ponte Vedra Beach, Florida, Saget took to social media for what would become the last post he ever wrote.

He included a selfie from that night and wrote, “Loved tonight’s show @PV_ConcertHall in Jacksonville. Appreciative audience. Thanks again to @RealTimWilkins for opening. I had no idea I did a 2 hr set tonight. I’m happily addicted again to this shit. Check http://BobSaget.com for my dates in 2022.”

He tweeted this at 12:42AM on January 9, just 15 hours before first responders were called to his hotel room.

Loved tonight’s show @PV_ConcertHall in Jacksonville. Appreciative audience. Thanks again to @RealTimWilkins for opening. I had no idea I did a 2 hr set tonight. I’m happily addicted again to this shit. Check https://t.co/nqJyTiiezU for my dates in 2022. pic.twitter.com/pEgFuXxLd3

The last post Rizzo shared of her and her husband was on December 29, 2021. The Instagram Reel was set to the tune of “The Months of the Year” by The Kiboomers. Many people have been highlighting their year with a short clip of each month of the year, and Rizzo joined the trend with videos and photos of her and Saget from each month of the year. The Reel really showed how happy they were together, making his unexpected passing so much sadder.

The last photo she used, which was for December 2021, was a photo of them from the very first time they spent Christmas together, despite being married for over three years.

Saget and Rizzo were married in October 2018 after meeting when Saget messaged her on Instagram out of the blue. She revealed this information on Instagram in February 2021.

See Rizzo’s last post of her and Saget below.