By Jennifer Pernicano on November 30, 2022
Advertisement 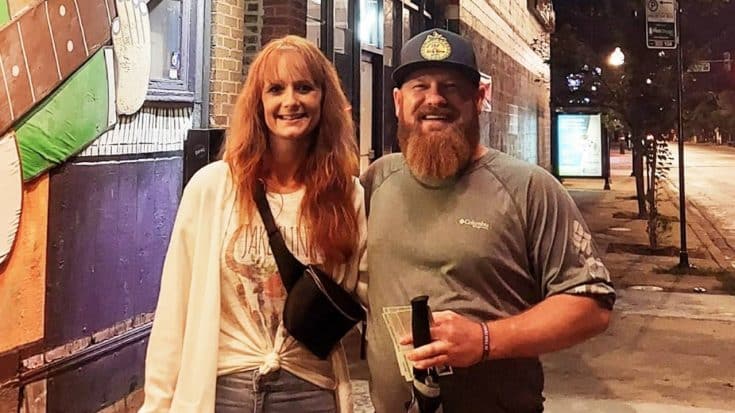 On Sunday (Nov. 26), just hours after saying “I do,” Jake’s manager, Brenda Cline, announced on her Facebook page that Jake had passed away tragically and unexpectedly.

“With a broken heart and in deep grief I must announce that Jake Flint has tragically passed away,” she wrote alongside a photo of the two the day they signed contracts to work together. “I’ve tried several times today to make a post, but you can’t comment on what you can’t process. The photo below is when Jake and I excitedly signed our artist management contract. That was the beginning of a wonderful friendship and partnership. Jake was even more than that to me, I loved him much like a son. The funniest, most hilarious, hardest working, dedicated artist I have ever worked with in my career.”

Cline also wrote, “We were just about to embark on some business together after he and Brenda got married- which was yesterday. Yes-yesterday. Jake has a million friends and I’m not sure how everyone will cope with this tragic loss. We need prayers- it’s all so surreal. Please please pray for his new wife Brenda, Jake’s precious mother, his sister and the rest of his family and friends. This is going to be incredibly difficult for so many. We love you Jake and in our hearts forever.”

On Sunday night, Jake’s bride, Brenda Wilson, shared a video of them at their wedding taking photos and dancing. Her heartbreaking caption was, “I don’t understand.”

According to The Oklahoman, Jake’s longtime publicist, Clif Doyal, revealed that he had passed away in his sleep the night of his wedding. A cause of death hasn’t been determined.

On Tuesday (Nov. 29), just three days after saying “I do,” Brenda wrote on Facebook that she is picking out her husband’s clothes for his burial when they should enjoying their newlywed life.

“We should be going through wedding photos but instead I have to pick out clothes to bury my husband in,” she wrote. “People aren’t meant to feel this much pain. My heart is gone and I just really need him to come back. I can’t take much more. I need him here.”

Our thoughts and prayers go out to his wife Brenda, his manager Brenda Cline, and all who knew and loved him. Watch a video of him just hours before he passed away, singing a song to his new bride.