By Jennifer Pernicano on October 10, 2019
Advertisement 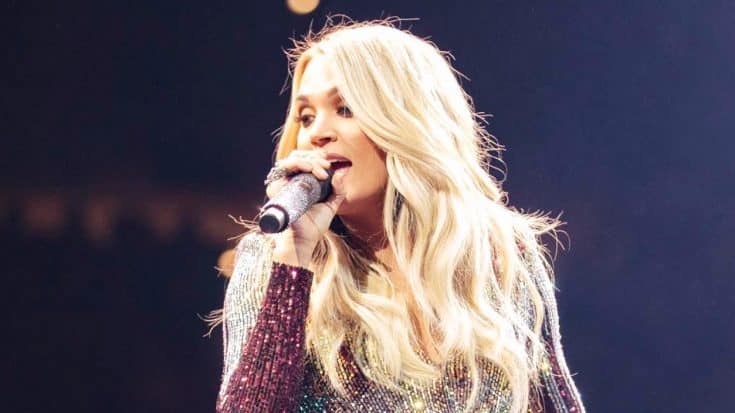 A songwriter named Heidi Merrill sued Carrie Underwood, her producer Mark Bright, the NFL, as well as NBC back in June seeking unspecified damages over their use of the 2018 Sunday Night Football theme song titled “Game On.”

Merrill claims that the song is a very clear infringement on her copyrighted song of the same name – which she wrote in 2016 and first uploaded to YouTube in early 2017.

Merrill has found success in music – and specifically sports music – with her song “Cornhusker Strong” from 2015. According to TMZ, Merrill says that she wanted to continue down that channel and ride the success out, so she sat down and came up with a new song, “Game On.”

The lawsuit claimed that Merrill met with Underwood’s own producer in Nashville at an August 2017 event. This is where she inquired if Underwood was looking for a new song for the upcoming 2018 NFL opener. She says that later, she submitted her song to the producer (Mark Bright), but was told they weren’t interested in it.

Carrie Underwood’s “Game On” was used for the NFL Sunday Night opener and came out in September 2018 – much to Merrill’s surprise, the suit said. Merrill’s claim alleged that the Underwood/NFL version is “substantially similar, if not identical” to her own.

Now, for unknown reasons, Merrill has dropped her lawsuit. The Blast obtained court documents where Merrill informed the court she is “dismissing all claims against Underwood.”