By Miranda Raye on September 9, 2020
Advertisement 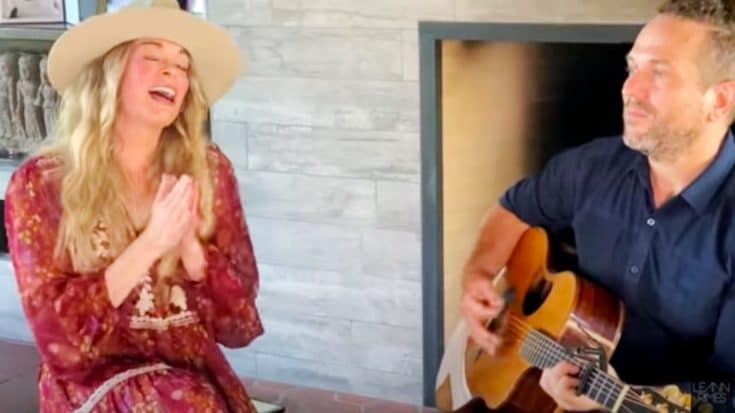 Chris Stapleton‘s version of “Tennessee Whiskey” has been certified 13x Platinum by the RIAA. His recording is undoubtably the most popular rendition out there, but it wasn’t the first.

“Tennessee Whiskey” and its history can be traced all the way back to 1981. It was first offered to George Strait, but he turned it down. So David Allan Coe recorded it for his album of the same title.

Coe’s rendition of the song peaked at the 77th spot on the Hot Country Singles chart.

Two years later, George Jones dropped his own recording of “Tennessee Whiskey.” His version was an even bigger success than Coe’s, as it claimed the #2 position on the Hot Country Singles chart.

Then Stapleton came along. His rendition of the song soared in popularity after he performed it during the 2015 CMA Awards with Justin Timberlake.

One such artist is LeAnn Rimes. She often posts cover performances on her YouTube channel, and decided she wanted to share her take on “Tennessee Whiskey.”

She promoted her performance on Instagram and made it clear she’s a big fan of Stapleton’s version of the song. “I love this @chrisstapleton song SO much!” she wrote.

Singing with @gmhmusic again is as sweet as strawberry wine ? I love this @chrisstapleton song SO much! If you feel moved to jam out to the whole thing, head over to my YouTube channel to watch #tennesseewhiskey, via the link in my bio/ stories ?

Rimes chose to deliver a stripped-down rendition of “Tennessee Whiskey.” The acoustic performance perfectly showcases her clear, soulful voice, as you’ll see when you check out the video below.

After being so used to hearing male artists perform “Tennessee Whiskey,” it’s interesting to hear the song from a female artist’s voice. Rimes needs to consider recording it herself some day!

Which other country song would you like to hear Rimes cover? With a voice like hers, she can pull off almost anything!