By Tiffany Smithson Aaron on May 21, 2018
Advertisement 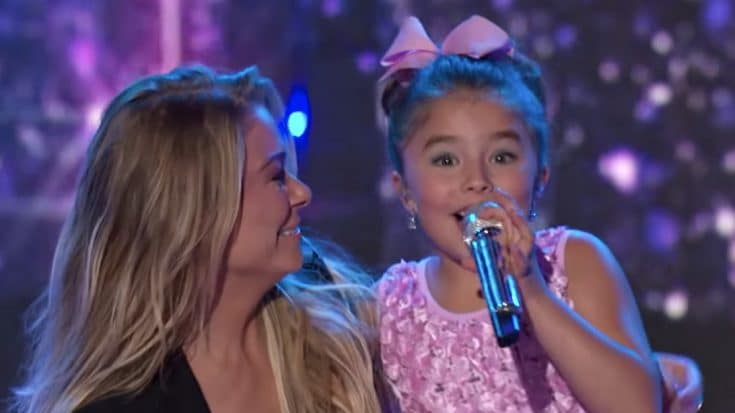 One of the most memorable American Idol auditions from this season came from 16-year old Layla Spring who was joined by her 7-year old little sister, Dyxie, to sing “Blue” by LeAnn Rimes. Layla advanced to Hollywood week, but without her sister who was technically too young to audition. But, Dyxie didn’t leave empty handed. She was given a coveted golden ticket to use in 2026.

Throughout the following weeks, fans got to witness Layla move up through the Idol ranks, but she came just short of reaching the Top 14 after a mediocre duet with country duo Sugarland as they sang “Stuck Like Glue.”

During Monday night’s season finale, Layla and Dyxie reunited on the American Idol stage to perform “Blue,” but they were in for a surprise when LeAnn Rimes joined them. The well-kept secret even seemed to surprise the judges who appeared to know nothing about Rimes’s appearance.