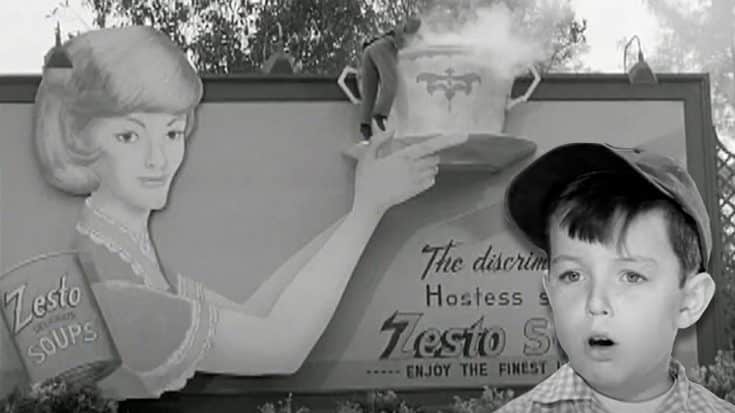 “[It] was the most expensive episode ever made…[and] was an incredible amount of money for a show at that time.”

For millions of classic television viewers, Leave It To Beaver was a longstanding staple that they grew up with and watched religiously every week. The show was built on relatable situations and comedy of errors which helped find its way into the hearts of the American public.

They didn’t need fancy effects or highly-paid actors to make the show work – so the series’ budget wasn’t as large as others of its time…but that still doesn’t mean that it was cheap to make!

In fact, during the show’s fourth season, the producers came up with an idea so expensive that this “budget” production went from modest to outrageous overnight.

This massive increase in cost meant that this single episode cost the equivalent of $506,000 in today’s dollars. To put that in perspective, it costs about $3 million to make an episode of Yellowstone and they have big-name actors, special effects, and a ton of on-location shooting.

This single, massively-expensive episode was all drawn from inspiration that the producers drew from a popular billboard that was in Times Square during the early 1960s. The billboard, as star Jerry Mathers explained, was a cigarette advertisement with a cigarette that let off puffs of smoke automatically.

Apparently, the producers wanted to center an episode around this same idea, but not feature smoking in the show – so, they settled on a steaming bowl of soup!

“The show,” Mathers said, “is about a soup bowl. In Times Square at the time, they had a smoking advertisement, I believe it was for Winstons or Camels.”

“Well, [the show] decided, ‘Wouldn’t that be an interesting thing to do a show about?’ So they didn’t want to use cigarettes so they thought, ‘Oh we’ll use a thing of soup.’ So Beaver and Whitey are looking up at it and Whitey says, ‘Do you think that’s real steam and real soup in that bowl up on the billboard?’ And Beaver goes, ‘I don’t know.’”

Next thing you know and Whitey has talked Beaver into checking out this giant steaming soup bowl to see if it’s real – and the show’s classic comedy of errors begins.

“So Beaver starts to climb the billboard and gets up and the soup is in a saucer. And he puts his hand up on the rim of the bowl that the soup’s on. One of the famous lines is, ‘Just put your foot on the lady’s thumb!’”

“It’s just a terrible mess,” Mathers said. “It’s one of the [episodes] that people remember the most.”

While very memorable, the creation of the billboard and other necessary props and staging equipment cost producers almost $60,000 back in 1960. Adjusted for inflation, that would be almost $510,000 today.

“‘In the Soup‘ is the most expensive Leave It To Beaver episode ever made,” Mathers recalled to the Television Academy Foundation. “In fact, because it was so expensive, for the next probably three or four episodes we could only use the ensemble cast because it was budgeted at, I believe $58,000, which was an incredible amount of money for a show at that time.”

Check out his full interview about Leave It To Beaver and three fun facts about the show (including “In The Soup”) below!