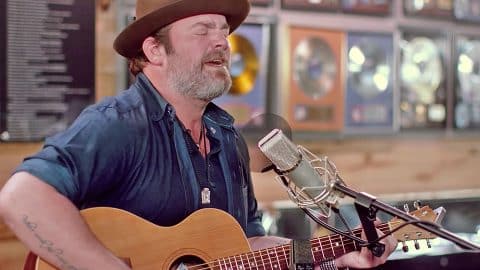 You know when you hear a good song that not only pulls on your heart strings, but is also incredibly relatable? That’s how we feel when we hear “I Drive Your Truck.” Lee Brice‘s 2012 song, which went number one just a couple months after its release, paints a picture of heartbreak, loss, and struggling to cope with that loss, something we’re sure a lot of people can relate to.

Inspiration Behind The Song

The emotional track follows a man who is mourning the loss of his older brother, who died in action serving in the United States Army. The younger brother has been to his older brother’s grave, he’s tried to grieve, he’s cussed, he’s prayed, and asked God why, but nothing ever made him feel close to his brother like driving his truck did.

“I Drive Your Truck” was written by Jessi Alexander, Connie Harrington and Jimmy Yeary and included on Brice’s album Hard 2 Love. Harrington was inspired to write the song when she heard an interview on NPR show Here and Now “with a family who’d lost their 18-year-old son in the war. The mother said she coped by driving his truck.”

During an acoustic session with Country Rebel at the famed venue The Georges Jones in Nashville, Tennessee, Brice sang “I Drive Your Truck” as though he actually lived through it. His performance was so raw and real, it looked like he was on the verge of tears while singing each powerful lyric.

While sharing the video of this performance on Facebook, Brice said, “Never did I anticipate the impact this song would make in my life and the lives of others.”

Watch Brice’s acoustic performance of “I Drive Your Truck” by pressing play below.