By Jennifer Pernicano on May 22, 2020
Advertisement 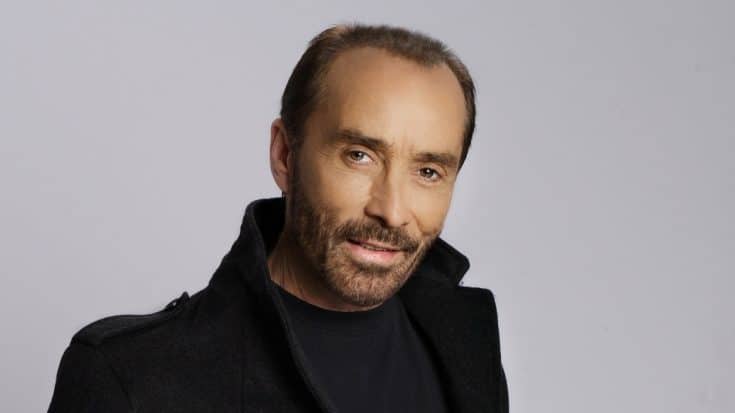 In 1983, while sitting in the back of his tour bus, country singer Lee Greenwood began writing a song he had always dreamed about writing. He wanted to write a song about his pride for being an American.

The problem was, he was on the road 300 days a year, as were his MCA label mates George Strait, Reba McEntire, The Oak Ridge Boys, and Barbara Mandrell. He told Country Rebel in a phone interview how hard it was to be touring that much as a singer, but also have a responsibility as a signed songwriter.

But finally, after years of dreaming, Greenwood says he “wrote it one night in between Arkansas and Texas on my bus.”

Up until this point in his career, Greenwood tells us most of his songs were slow love songs. The record label liked “God Bless The USA” and put it on  his 1984 album You’ve Got A Good Love Comin’ but Greenwood said, “It was never intended for a single. It was just something I really believed in and i wanted to show the public my love for the country and it was something I really wanted to do.”

Despite just wanting the song to exist in the world, Greenwood was approached by Universal, who wanted to release the song as a single.

“It took me back a bit,” he said, noting that it was pretty much a political statement at the time and completely different than anything he had released in the past. He wasn’t sure how it would be received by the public.

In the spring of 1984, “God Bless The USA” reached the number seven spot on Billboard‘s Hot Country Singles chart.

Greenwood recalled, “When it hit, it surprised me, as well as my producer.”

The song has seen multiple resurgences due to historic events throughout the last 30+ years. In the early 1990s, it was used as a way of boosting morale during the Gulf War and was included on his 1992 album American Patriot.

The song once again gained popularity following the 9/11 attacks as well as during the 2003 invasion of Iraq. Greenwood re-released the song as a single in 2001, where it peaked at number 16 on the Hot 100 chart.

Because of the events that took place and re-recording the song, Greenwood went back to touring the country after not traveling for over five years. He has now performed the song countless times, but says one of the most memorable times was when he ran into the US Army Chorus in the tunnel at Nats Park after performing at the 2015 Winter Classic. The Chorus asked if he’d sing “God Bless The USA” with him and what happened was magical.

Luckily someone caught it on camera.

Greenwood has been with his family at their home in Florida for the past eight weeks because of the coronavirus pandemic, but they recently went back home to Nashville so he can rehearse for an upcoming online concert, which will air on Facebook Live on Memorial Day, Monday, May 25, at 4pm CST.

Mark your calendars, I will be doing an Online Concert on Monday, May 25 for Memorial Day at 4pm CST.

The hour-and-a-half concert will feature him performing his hit songs, a list of patriotic songs, and “God Bless The USA.”

Memorial Day is such a fitting time to sing “God Bless the USA,” especially because of the lyrics,

“And I’m proud to be an American,
Where at least I know I’m free
And I won’t forget the men who died
Who gave that right to me…”

Normally, he would be playing for a live audience on Memorial Day and even on the 4th of July, but he says this is the first time since he was 12 years old where he doesn’t have shows on either occasion.

We, for one, can’t wait for his live concert on Monday (May 25). Will you be tuning in?