By Manly Bryant on August 17, 2020
Advertisement 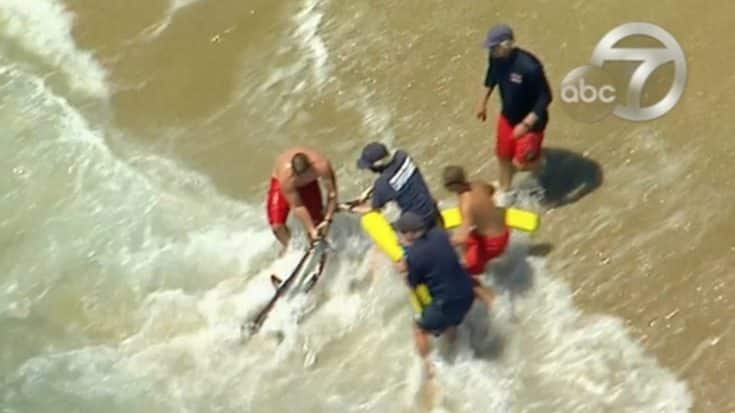 It happened on August 14th, 2020, in Newport Beach, California. Lifeguards were notified around 1:30pm that a shark was spotted in the water close to where some adults and kids were swimming. The shark was a juvenile and about 6-feet long.

Lifeguards ordered all swimmers to get out of the water to ensure their safety as they got ready to remove the shark. All of a sudden, in a combined effort, five lifeguards swooped in on the shark and dragged him from the water to the sand. Fortunately, no injuries were reported thanks to the quick efforts of the lifeguards.

Swimmers witnessing were astonished by the unexpected scene. One of them explained to ABC7 during an interview:

After the lifeguards captured the shark, everything went back to being normal. Well, except a few people who were still in shock by what they just saw. Most people got back into the water to swim but others stayed on the sand and said they were done swimming for the day.

It’s not the first time sharks have come to Newport Beach. In 2016, a woman got attacked by a shark that resulted in injuries. Lifeguards then banned swimming for the day. The order was pretty clear: “Everyone out of the water!”