By Jennifer Pernicano on May 16, 2022
Advertisement 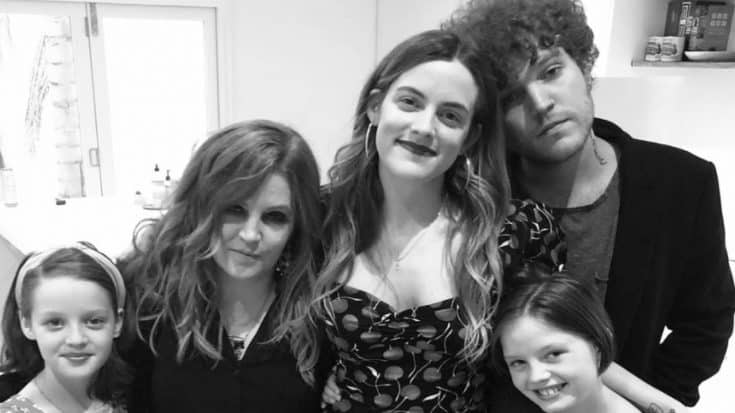 Years ago, it was announced that Baz Luhrmann would be directing a film about Elvis Presley, simply titled Elvis. The film would tell the story of Elvis’ rise to stardom as well as his relationship with his manager

Many famous names were up for the role including Harry Styles, Ansel Elgort, Austin Butler, and Miles Teller, but only one man was deemed right for the job. That man is Austin Butler. Luhrmann confirmed the casting on July 15, 2019 with a simple tweet, posting a photo of Presley and Butler side by side.

In 2019, Radar Online asked Priscilla if she thinks Austin is the best man for the job. She said, “I don’t know.”

On February 17, the very first trailer for Elvis was dropped and it was revealed that the movie will be released on June 24th.

Leading up to the movie’s release, Priscilla Presley revealed that Luhrmann arranged a private screening for her and Elvis’ former manager Jerry Schilling. She also revealed her true thoughts on the film. She said, “It is a true story told brilliantly and creatively that only Baz, in his unique artistic way, could have delivered.”

Priscilla also gave her thoughts on Butler’s performance as her late ex-husband: “Austin Butler, who played Elvis is outstanding. Halfway through the film Jerry and I looked at each other and said WOW!!! Bravo to him…he knew he had big shoes to fill. He was extremely nervous playing this part. I can only imagine.”

What high praise from a person who saw everything told in this movie first-hand.

Now one more important person has weighed in on the movie, Elvis’s only child, Lisa Marie Presley. The past two years have been an extremely painful for the singer. Her only son, Benjamin Keough, passed away in July 2020 from a self-inflicted gunshot wound.

“The depth of the pain is suffocating and bottomless without you every moment of every day,” she wrote on what would have been his 28th birthday.

She has kept quiet on social media, only posting on her birthday in 2021, writing, “Thank you for all of the overwhelming birthday wishes from everyone. Like everyday, I couldn’t have made it through without these three by my side.”

In her new post, Lisa Marie reveals she has seen the new Elvis movie twice and offered her thoughts, and also opened up about the pain she has experienced the past two years.

“I haven’t posted in quite some time because there really isn’t much to say, as I am and will forever be mourning the loss of my son. Navigating through this hideous grief that absolutely destroyed and shattered my heart and my soul into almost nothing has swallowed me whole. Not much else aside from my other 3 children gets my time and attention anymore,” she wrote.

Of the movie, Lisa Marie wrote, “Let me tell you that it is nothing short of spectacular. Absolutely exquisite. Austin Butler channeled and embodied my father’s heart and soul beautifully. In my humble opinion, his performance is unprecedented and FINALLY done accurately and respectfully.”

Lisa Marie also said that she believes he deserves an Oscar for his performance!

She continued, “What moved me to tears as well was watching Riley and Harper, and Finley afterwards, all 3 visibly overwhelmed in the best way possible way, and so filled with pride about their grandfather and his legacy in a way that I have not previously experienced. It breaks my heart that my son isn’t here to see it. He would have absolutely loved it as well.”

She applauded everyone involved and continued to praise Baz’s vision and dedication to the story.

See her full statement below.