By Jennifer Pernicano on March 24, 2020
Advertisement 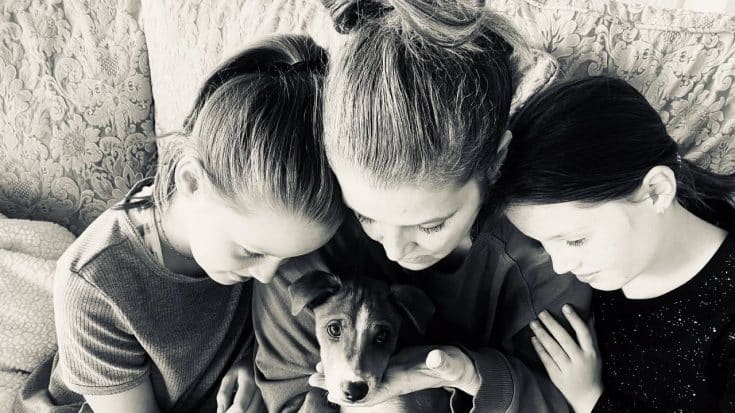 As public as her life once was, Lisa Marie Presley is a very private person.

She is the only daughter of quite possibly the most famous man who ever lived – Elvis Presley. Though he passed away when she was quite young, the fascination about her life didn’t stop there.

She grew up, became an adult, and even had kids of her own…all in the spotlight. In 1989, Lisa Marie and her first husband Danny Keough had a daughter Riley and three years later, a son named Benjamin. In 2008, Lisa Marie had twin daughters Vivienne and Finley with now-estranged husband Michael Lockwood.

Because Lisa Marie now lives her life so privately, it’s a rare sight to see her on social media at all, let alone with her children. In June 2019, she shared a photo with all four of her children writing, “Mama Lion with cubs.”

Since that post, Lisa Marie has stayed quiet on every social media outlet…until now.

Nine months after her sweet family photo, the singer shared what she, Finley, and Vivienne have been up to – fostering puppies! As everyone is in quarantine due to COVID-19, she tells everyone to “be well,” while saying, “We’ve been fostering pups from a shelter. Exhausting but so rewarding.”

The two photos show her and her young daughters cuddled together with one of their puppies and one snap of the twins with two little dogs sharing a bed.

We’re happy to see Lisa Marie and the girls enjoying their time together! See the photos below.

We’ve been fostering pups from a shelter. Exhausting but so rewarding ?? be well❤️ pic.twitter.com/0RIPOQNBpd