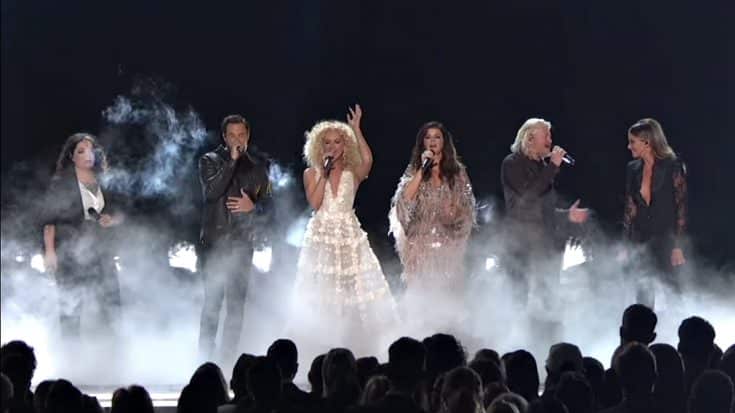 Little Big Town, six-time CMA Vocal Group of the Year, teamed up with some of the biggest female names in country music for what ABC called “an epic performance of an iconic CMA Song of the Year and CMA Single of the Year.”

The group shared very few details about the top-secret collaboration, only saying that they were going to be “part of a tribute to young, up-and-coming girls.” LBT’s Kimberly Shlapman hinted that it was familiar, but new and emotional. And, indeed it was.

It made perfect sense that a night devoted to women of country would include a performance of Little Big Town’s Grammy Award winning song “Girl Crush.”

Kelsea Ballerini and Lindsay Ell kicked off the song’s first verse before being joined by Runaway June and Maddie & Tae. Newly crowned New Artist of the Year Ashley McBryde and Carly Pearce joined in for the second verse before Little Big Town took the stage where the entire group, all dressed in black and white, closed out the song together.

Check out a clip of the performance in the video below.