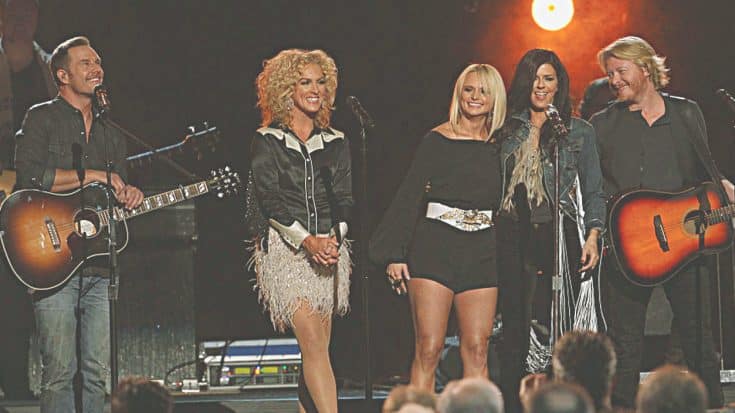 On July 12, one of the biggest country tours of the summer is set to kick off in Charolette, North Carolina. That tour is the Bandwagon Tour, which totes both Miranda Lambert and Little Big Town as co-headliners.

With two major artists on one tour, you can bet that each show is going to be bigger and better than anything most country fans have seen before. Of course, any time you bring two big stars together like that, there’s a few logistics to work around.

The way most concerts work is that there is generally an opening artist. Some concerts even feature two opening acts, with the first one being the artist with the least “star power,” and the next one having a bit more.

Then there’s the headliner, who has the longest set and is typically the biggest star. But when you bring together two headliners like Lambert and Little Big Town, things get a bit tricky.

Since Lambert and Little Big Town’s star power is at the same level, they’ll likely get to perform equally long sets. But as they were trying to get the details sorted out, the question came up as to who would close each concert.

Usually, the headliner is the one who closes since they’re the artist that most of the concertgoers came to see. But when you have two headliners, what do you do?

All four members of Little Big Town stopped by for an interview on the Ty, Kelly & Chuck radio show, and while they were there, they explained exactly how the Bandwagon Tour is going to run. If you plan to see them and Lambert on tour this summer, you may want to know the previously secret detail that they spilled during their interview.

When asked how they plan to go about the “who closes the show” issue, Little Big Town gave an unexpected answer. You would think that they would switch off closing with Lambert every other night, but that’s not the case.

“We right off the bat, like we were not gonna do that flip-flopping around or whatever,” said Little Big Town’s Karen Fairchild. “We’re like, Miranda you close.”

In addition to thinking that Lambert would rock it as the closing act, the members of Little Big Town openly admitted that they wanted to go first and get their set out of the way!

So there you have it folks. If you plan to catch the Bandwagon Tour this summer you can expect to see Little Big Town first, followed by a closing performance from Lambert.

Of course, we fully expect that Little Big Town will join Lambert in her set to sing at least one song with her. It only makes sense for that one song to be “Smokin’ and Drinkin’,” the single they released together in 2015. Check out one of their past performances below!