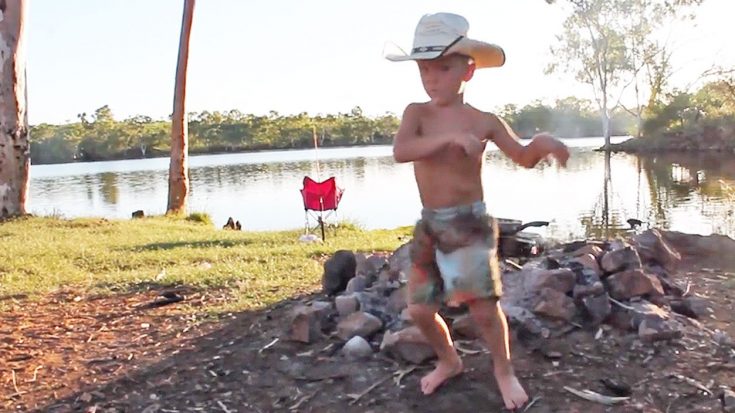 Sometimes, when you hear a certain song, you can’t help but dance! That’s what happened to this little country boy named Byron.

His mom Melissa filmed him hanging out by the lake, when the Alan Jackson and Jimmy Buffett duet “It’s Five O’Clock Somewhere” began playing.

His moves got so good, she had to upload the video to Facebook – and we’re glad she did!

Wearing a cowboy hat and swim trunks, young Byron, who looks like he can’t be more than six years old, started with his back to the video and was shaking his hips as though he were at a Luke Bryan concert.

He then looked back to make sure his mom could see his awesome dance moves, which of course she was! Byron’s next go-to move was a hula-like dance, which was perfect because Jimmy Buffett’s part was coming up!

His mom Melissa apparently couldn’t get enough of his performance because when uploading the video to Facebook, she used the caption, “Honestly who needs entertainment when we have this little fella.”

To understand what Melissa is talking about, click play in the video below to watch Byron shake it to “It’s Five O’Clock Somewhere” below.