By Jennifer Pernicano on May 11, 2022
Advertisement 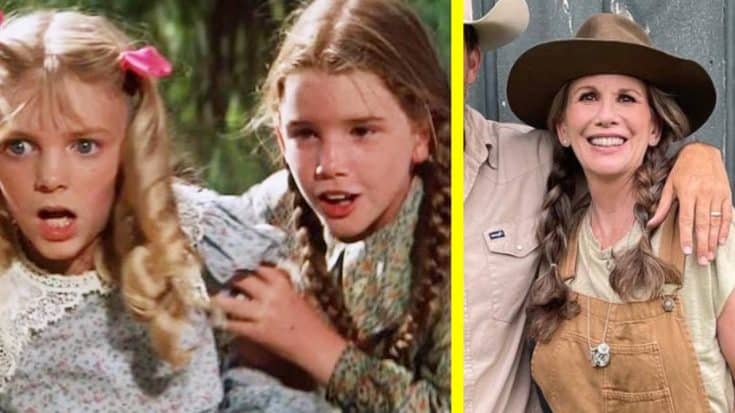 From 1974 to 1983, actress Melissa Gilbert starred as Laura Ingalls Wilder, the second oldest daughter of Charles Ingalls (played by Michael Landon) on the NBC series Little House on the Prairie.

She continued her acting career and appeared in movies like The Diary of Anne Frank and The Miracle Worker.

Along the way, she had high profile relationship with Rob Lowe, and after that ended, she married Bo Brinkman and they had a son named Dakota Paul Brinkman born in 1989. She later married actor Bruce Boxleitner in 1995 and they had a son, Michael Garrett Boxleitner, on October 6, 1995. She and Boxleitner got divorced in 2011 and two years later, her representatives announced her engagement to actor/director Timothy Busfield.

They lived in New York for work, but they longed for a simpler lifestyle. The couple eventually moved to a cottage on 14 acres of land in the Catskill Mountains of New York. There, they grow their own food and raise chickens, and they’ve never been happier.

Even though she grew up on a television set, she said her love for the life she lives now was thanks to Little House, and she wrote about it in her new book, Back to the Prairie.

“I grew up on a set that was a farm *laughs*. I got to play it out quite a bit and then go to our nice home in Encino at the end of the cul-de-sac with all of our modern conveniences. But I’ve always loved being in the outdoors. I’ve always loved being around animals. I think this was who I always was at my core. I just happened to grow up in urban cities,” she said in a new interview with Fox News.

She and Busfield bought the cottage in 2018 and had to fix it up. They had to completely clean it out, put a heating system in, fix the plumbing, and so much more. Her days are very routine.

Gilbert says, “Mornings usually start around 7:00 a.m. with a cup of tea and some nice, peaceful meditation. Then I go out and do my chicken chores. That means cleaning out the chicken coop, giving the girls their treats and collecting any eggs that are in there.”

She also tends to the garden, where she is currently growing strawberries for the very first time.

When asked if she misses the fast-paced lifestyle of Hollywood, she revealed:

“I don’t miss Hollywood. I miss my relatives and friends in Los Angeles. I miss them terribly. I wish I could see them more often. I’m hoping that as things gradually open up and we don’t go backward, I’ll continue to have the freedom to go visit them when I need to. I was finally able to go see my mom late last summer. That was really impactful. I saw my kids and I saw my granddaughter in LA. I miss them. I miss my friends there.”

Gilbert continued, “Our lives got very, very simple. Our lives are simple now, and there’s a sweetness to that simplicity. And with that simplicity comes a real love for stillness and living my life in a peaceful place. That means not fighting a natural process. Fighting a process that is as natural as aging is the opposite of peaceful.”

Watch Gilbert open up a little more about her book in a new interview with Good Morning America below.