By Jennifer Pernicano on January 19, 2022
Advertisement 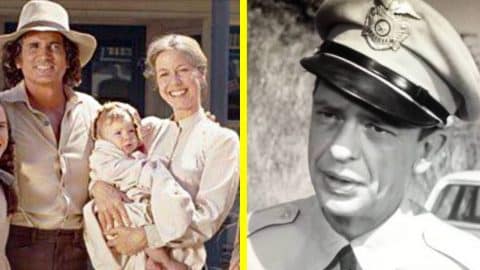 For the first four seasons of Little House on the Prairie, a fixture of the show was the schoolteacher Miss Beadle. She was played by actress Charlotte Stewart.

Miss Beadle from LITTLE HOUSE and Betty Briggs from #TwinPeaks is 80 today!

What have you seen her in? pic.twitter.com/hekdgqA8ob

In her 2016 memoir,  Little House in the Hollywood Hills, Stewart detailed some very personal of the flings she had,  some well-known actors and musicians in the 70s, including Bill Murray, Richard Dreyfus, and The Doors frontman Jim Morrison. She even took some of the last photos of Morrison that were ever taken.

Item: Miss Beadle from Little House went on a beer-soaked road trip w/Jim Morrison of the DOORS and took some of his final photos:https://t.co/bGviens9UO pic.twitter.com/DP9g6AdGsb

“The guys I had flings with were ones I found sexy, cool, or just fun to hang out with,” Stewart wrote in her book. “Smart, fascinating, sometimes challenging.”

But she also went on a date with someone who likely didn’t hang out in the same circles as her previous flings – Don Knotts.

“Someone thought I should go out with Don Knotts, the actor who played Andy Griffith’s side kick [Barney Fife],” she recalled in her book. “Now look, who doesn’t love Don Knotts – a terrific comedic performer.”

Speaking of the date, they went to the Beverly Wilshire Hotel for dinner, which she said was “pretty old school” for her taste.

She wrote, “It’d be like going to The Brown Derby, which had been the happening spot in the 40s. Don was 20 years older, of a different era, and we just didn’t click. I could barely make it through the dinner.”

Their romance was short-lived, but the story alone is so incredible! Can you imagine stumbling upon Barney Fife and Miss Beadle on a date?! It’s the Little House on the Prairie and Andy Griffith Show crossover we didn’t know we needed!