By Miranda Raye on September 26, 2022
Advertisement 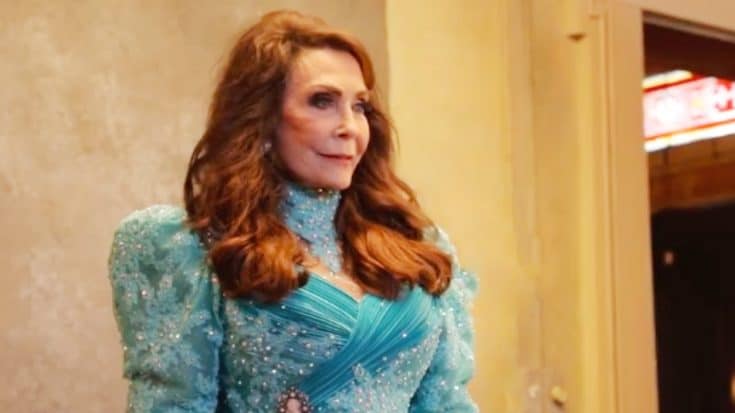 Loretta Lynn made her first appearance at the Grand Ole Opry on October 15, 1960. She and her husband Doo slept in their car the night before because they didn’t have enough money for a hotel room.

Just shy of two years later, Loretta became an official member of the Opry. She was inducted on September 25, 1962.

Loretta celebrated her 60th Opry anniversary this year. She shared a batch of photos showcasing various Opry memories over the years, and wrote:

“Time flies when you’re having fun! 60 years ago a dream came true when I became a member of the Grand Ole Opry. It’s still the most magical place in the world and holds so many wonderful memories for me!“

The Opry recognized Loretta’s incredible milestone with a post of their own. They said:

The Opry’s post generated over 3,000 comments on Facebook alone. Tons of people wanted to congratulate Loretta on her 60th Opry anniversary!

“Congratulations to my sweet momma @lorettalynnofficial celebrating 60 years as a opry member. What an incredible life.”

Head below to watch Loretta speak about her first performance at the Opry 62 years ago. Congratulations to her on being an Opry member for 60 years!