By Jennifer Pernicano on January 15, 2019
Advertisement 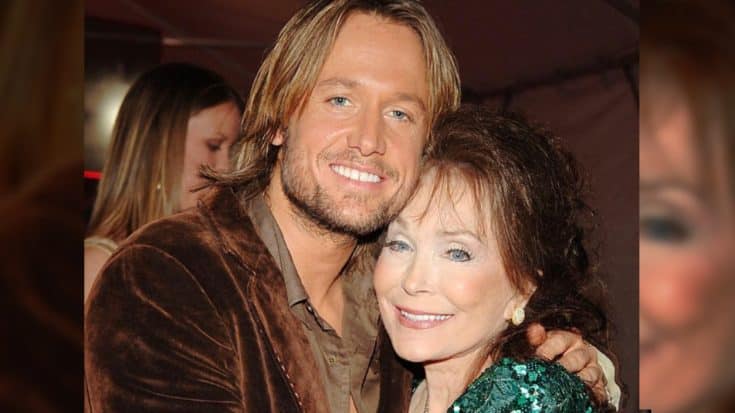 Believe it or not, country legend Loretta Lynn has never had a birthday party before. Luckily for us, she has chosen to have her very first birthday celebration at the Bridgestone Arena in Nashville, Tennessee so country fans can be part of it as well!

Lynn was on hand for the announcement of the celebration, which was broadcasted live on the Grand Ole Opry’s Facebook page and hosted by CMT’s Katie Cook.

You heard it here first! Get ready for An All-Star Birthday Celebration Concert for Loretta Lynn Official on April 1! 🎉

Brooks joined the two onstage to present Lynn with a gorgeous birthday cake and tell everyone why he is so excited for this once in a lifetime concert.

“She’s the queen of country music, there’s not a level she hasn’t crushed, no matter how big this party is, it ain’t gonna be big enough! This is going to be an honor and a blast!” he said.

Other performers expressed their excitement on social media as well.

I'm so honored to be a part of the legendary @LorettaLynn's birthday celebration on April 1 at @BrdgstoneArena in Nashville. Tickets go on sale Friday at 10AM CT!

If you’d like to grab your tickets early, starting Tuesday at 10AM you can use code: BIRTHDAY pic.twitter.com/6SgRprECgb

So excited to celebrate one of the all-time greatest (and one of my personal favorites), Ms.@LorettaLynn!!

Tickets on sale this Friday at 10am CST. pic.twitter.com/FAeh7ZxUOX

Even though Lynn said she’s never had a birthday celebration for herself before, she sure knows what goes on at a party!

“This is the first time I’ve ever had a birthday party! My birthday wish has come true. The only other wish I have is that Keith Urban jumps out of my birthday cake!” she said, according to a press release.

It didn’t take long for Urban to hear about the Coal Miner’s Daughter’s birthday wish, and he took to Twitter to respond.

“Your wish is always my command Miss Loretta!!!” he wrote.

Keith Urban jumping out of a birthday cake? We won’t complain!

We can’t wait to see the video of this birthday celebration. We’re sure it’s one Loretta will remember forever; we know we will!