By Jennifer Pernicano on September 14, 2018
Advertisement 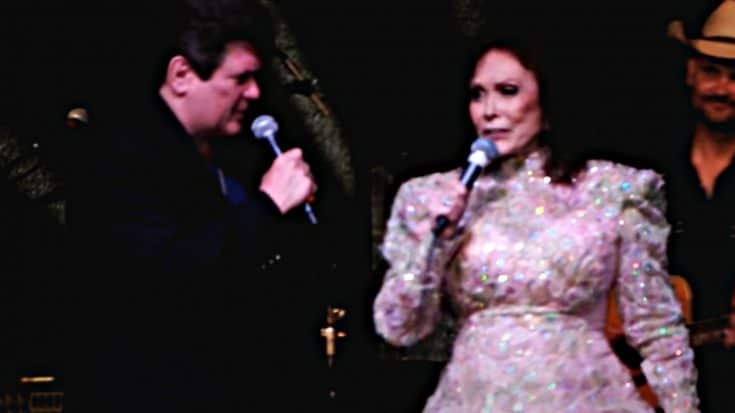 In the 1970s and into the early 1980s, you rarely saw Loretta Lynn’s name without “and Conway Twitty” beside it. With duets like “After The Fire Is Gone,” “Lead Me On,” and “Feelins,” they won Grammys and were awarded Top Vocal Duo at many awards shows.

In addition to five number one singles, they have seven other Top Ten hits between 1976 and 1981. Twitty passed away in 1993, which broke Lynn’s heart. She was inconsolable, but we’re sure that one of the way’s she mourned her dear friend was through music.

Thanks to Twitty’s son, Michael, his legacy continues to live on. Michael often covers his famous father’s songs at shows, and at one special concert in Tennessee, the audience was in for a real treat. He brought Lynn onstage for a magical duet to Lynn and Twitty’s song “Louisiana Woman, Mississippi Man.”

Besides the outstanding vocals, it looks like they had so much fun! Lynn giggled a few times at Michael, who looks so much like his dad. He even has his dad’s charm as he says, “Sing it, darlin’,” to Lynn.

While we know no one can replace Conway Twitty, we sure enjoyed Michael’s performance with Loretta Lynn. It was like a blast from the past. Watch the performance below, you’ll be glad you did.