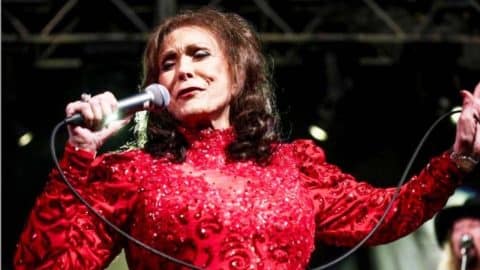 On June 15, the Academy of Country Music announced that Loretta Lynn is one of three recipients of the prestigious Poet’s Award. The other two recipients this year are Gretchen Peters and the late Curly Putman.

The ACM explained that the Poet’s Award “is presented to a Country Music songwriter for outstanding and longstanding musical and/or lyrical contributions throughout their career, with special consideration given to a song or songs’ impact on the culture of Country Music.”

Lynn has been writing her own music since she burst on the country music scene over 60 years ago. From “Coal Miner’s Daughter” to “You Ain’t Woman Enough” to “The Pill,” most of Lynn’s music was from first-hand experience.

When explaining why Lynn was chosen to receive the Poet’s Award, the ACM said, “Loretta Lynn stands as one of the most dynamic and direct songwriters in Country Music history. Her body of work has contributed countless classics, have made an indelible mark on Country Music and has inspired generations of female artists to follow her amazing example.”

The ACM went on to describe Lynn as “A groundbreaking singer, songwriter and performer…an archetype of American music, a singular artist whose music defined a genre and whose songs continue to inform new generations of musicians.”

Lynn will be recognized during the ACM Honors ceremony on Wednesday, August 25, 2021. The ceremony will be held at the Ryman Auditorium in Nashville.

Just one day after news of the award broke, Loretta Lynn took to social media to respond.

“This is such an honor for me,” she wrote. “Anytime others acknowledge your work it means so much and especially to receive the @acmawards Poet Award because writing music has been a greater love to me than singing it. I’ve always written about the truth, as raw as it may be at times, and real life, even when it’s hard. No sense in it going to waste. Writing makes you feel better and puts it to use for others.”