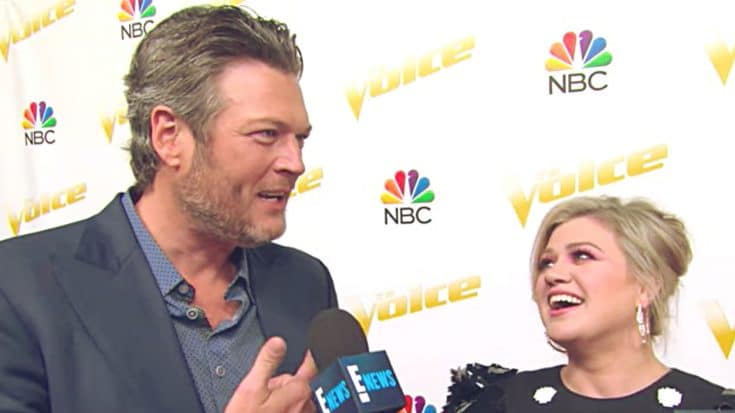 For the longest time, the main “feud” on The Voice was between Blake Shelton and Adam Levine. But things changed a bit during Season 14, which was the first season that Kelly Clarkson coached.

As longtime friends, Shelton and Clarkson have a history of poking fun at each other. They certainly didn’t try to behave for the cameras, and the teasing only seemed to escalate as the season went on.

You can tell from this video, filmed toward the end of the season, that Shelton and Clarkson were just as competitive as they were during the blind auditions.

Clarkson ended up winning the show, while Shelton had contestants place in the third and fourth spots. Following her big win, Clarkson shared that Shelton now has to call her “Queen,” which is something he agreed to when they made a bet at the start of the season.

If Clarkson has it her way, she’d like Shelton to hold up his end of the bargain for the entirety of Season 15, since they’re both returning to coach. But as she told Parade, “He ain’t even going to say it. He ain’t going to follow through.”

Granted, Shelton kind of followed through when his bar, Ole Red Nashville, called her “The Queen of @NBCTheVoice” on Twitter during CMA Fest.

I FINALLY GOT BLAKE TO HOLD UP HIS END OF THE DEAL AND CALL ME QUEEN FOR WINNING!! ?? LOVED that it happened at his new bar! Y’all gotta check #OleRed out Nashville!! https://t.co/o7hXKiAPle

Now that they’re between seasons, Shelton and Clarkson are taking their friendship beyond The Voice. As announced on Tuesday (June 12), the two are all set to work together on something spectacular.

That something is the Macy’s Fourth of July Fireworks Spectacular, during which both Clarkson and Shelton will perform. The special airs on NBC, the same channel that hosts The Voice, so their inclusion makes perfect sense.

The Voice sent out a tweet with much fanfare to announce its coaches’ upcoming gig.

Two of our very own #TheVoice Coaches are saluting the U-S-of-A! ??

According to the Orlando Sentinel, Clarkson will be performing “God Bless America” in honor of the song’s 100th anniversary. She will be joined by the West Point Band and Glee Club.

In addition to Shelton and Clarkson, other scheduled performers include Keith Urban and Ricky Martin. With Urban there as well, country music will be well-represented!

Keep your fingers crossed that Shelton and Clarkson will end up singing together at the event. As we know from past experience, they work well together on stage! Watch them sing Clarkson’s hit duet with Jason Aldean, “Don’t You Wanna Stay” in the clip below.

We think an original duet from Shelton and Clarkson is long overdue, don’t y’all agree?