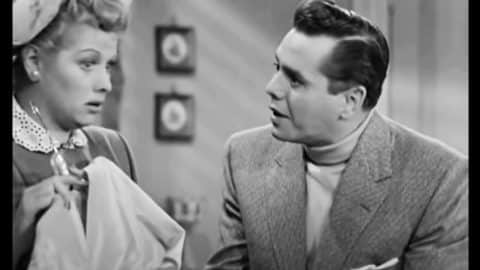 One of the most famous couples in the history of television had a life that was quite different off-screen…and their daughter explained some of the harsh realities of their relationship.

The public facade of Lucille Ball and Desi Arnaz on their hit television show I Love Lucy painted a picture of a fun and quirky couple. Behind the scenes, though, they faced much darker problems.

The pair had two children during their 20-year marriage: Lucie Arnaz and Desi Arnaz Jr. In a 2018 interview with Closer Weekly, Lucie explained some of the less-than-glamorous aspects to her famous parents’ marriage.

“They were fighting all the time when we were growing up. There was a lot of anger and screaming…We didn’t have any abuse, but we did go through some pretty hard stuff and that’s why my parents didn’t stay together.”

The problems they faced were earmarked by his infidelity, alcoholism, and the rapidly-growing business they shared in running their production company.

In a memoir, Arnaz was stated to have sought “outlets to alleviate the stress” he faced as a celebrity, business owner, and alcoholic. Those combined interfered with his duties as a husband.

The pair had split once during their two-decade-long marriage, but she returned to him hoping to patch things up and that they could move forward constructively. Ultimately, their marriage failed..and it remained one of Lucille’s “darkest moments.”

Following their divorce, Lucille and Desi took a few years to let the dust settle and eventually reconnected as very close friends. Both remarried and although they were able to find happiness again, they still shared a bond that nobody else could understand.