Lukas Nelson Just Achieved Something Before His Father Willie

By Jennifer Pernicano on February 25, 2019
Advertisement 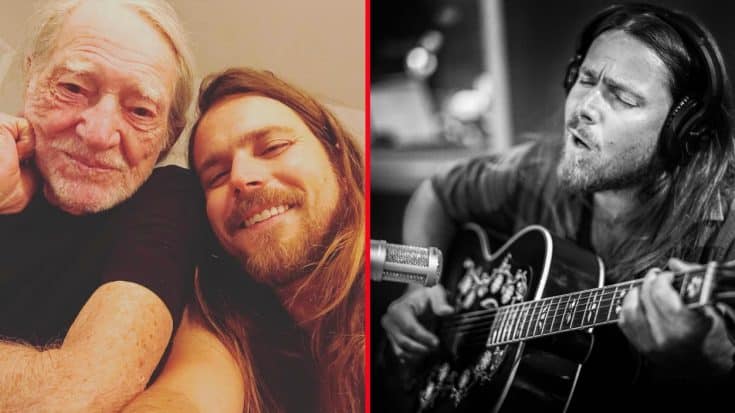 Sunday night’s Academy Awards ceremony made history in more ways than one. There were many first-time winners including Best Actor Rami Malek, Best Actress Olivia Coleman, and more women winning than ever before, including Lady Gaga for Best Original Song.

Congratulations to the whole team , Bradley Cooper @ladygaga , @iammarkronson , Anthony Rossamando and my band @promiseoftherealofficial ! We are grateful to be a part of this wonderful journey ?

She co-wrote the song, titled “Shallow,” with Mark Ronson, Anthony Rossomando, and Andrew Wyatt for the movie A Star Is Born, which also garnered her a Best Actress nomination.

This might be the fifth take on A Star Is Born, but it is certainly original on its own, with a soundtrack of brand-new songs, the majority of them co-written by Lady Gaga, Bradley Cooper, and Lukas Nelson, son of country legend Willie Nelson.

In an Instagram video posted back in September 2018, Lukas was trying to get to the Toronto Film Festival, but his plane was grounded. He decided to take the time to do some press of his own since he couldn’t promote the film in Toronto, saying, “I wrote a bunch of music for [A Star Is Born] with Bradley Cooper and Lady Gaga, and produced a lot of it, and worked a lot on this movie, it’s going to be great, I’m really excited.”

Sunday morning and I’m supposed to be heading to #Toronto right now to do press for the @starisbornmovie premiere – but the plane is broken so I’m stuck waiting in the terminal. Missing a bunch of great stuff that was scheduled, bummer but rolling with it! #astarisborn

Nelson has been very vocal on social media about his involvement in the film and how honored he was to be in it. He and his band Promise of the Real played Cooper’s character Jackson Maine’s band. You can see Lukas in this clip from the film, performing the song “Black Eyes,” which Bradley and Lukas wrote together.

Lukas is following in his father’s footsteps by appearing in this movie and contributing to its soundtrack. Willie has been previously nominated for an Academy Award for his song “On The Road Again” from the movie Honeysuckle Rose, and has a long list of acting credits.

Because of the Best Original Song win, Lukas has now worked on, and appeared in, an Academy Award-winning movie – something his legendary father has not done.

Sure, his father might have nine Grammys and 51 nominations, but this is a feat that the elder Nelson has yet to accomplish and that is definitely something to write about.

Watch Lukas talk about his contributions to A Star Is Born in the videos below.