By Miranda Raye on April 12, 2021
Advertisement 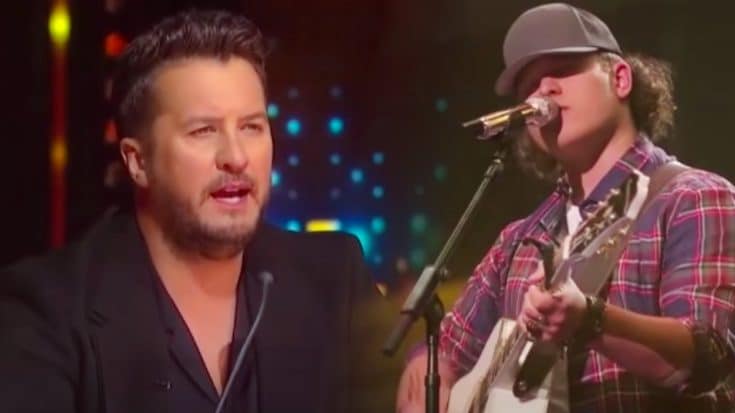 During his time on American Idol‘s 2021 season, Caleb Kennedy has proven he’s a force to be reckoned with. The 16-year-old signer has left viewers impressed with every performance he’s delivered thus far.

One of his most impressive performances to date came after he was named a member of the Top 16. Kennedy delivered a cover of Chris Stapleton‘s “Midnight Train to Memphis.”

Kennedy roared through his performance of “Midnight Train to Memphis.” His cover showcased the grit in his voice, which he’s quickly become known for during his time on Idol.

At one point, the camera cut to judge Luke Bryan, who was caught singing along to Kennedy’s performance. He was getting into it!

The judges were quick to compliment Kennedy after he finished singing. Lionel Richie spoke first, noting how remarkable it is that Kennedy can appear “stone cold” while performing for an audience of millions on national television:

“I am convinced this brother has ice water in his veins,” Richie said. “Stone cold. You come up on stage, you sing the h— out of a song, no reaction. The band is killing it, and you stand there, stone cold.”

Richie offered Kennedy one final compliment, saying, “That voice you just did was wonderful.“

Kennedy also received praise from Bryan. He said he admires the teen for sticking to his chosen path as an artist.

“…hey, this guy’s got a course he wants to stay on, and that’s very hard for a sixteen-year-old to do,” Bryan said. “You’re driving a big old hacked up truck right down the path you wanna go. A great job.”

Tune in below to watch Kennedy sing “Midnight Train to Memphis” and hear everything the judges had to say about his performance.