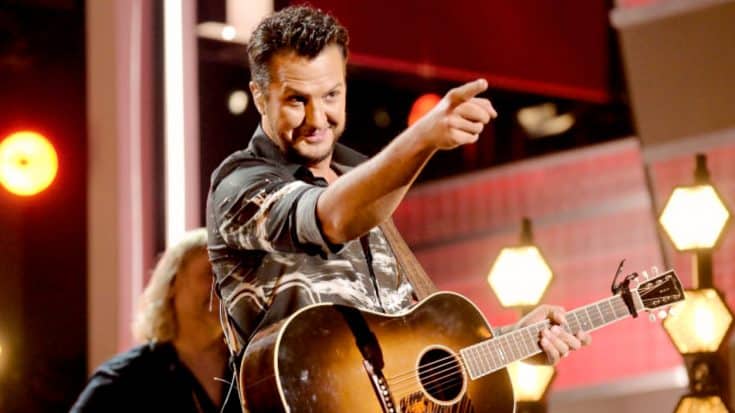 If you’ve visited Nashville within recent months, you’ve seen a whole host of new bars and restaurants in the city. Many of those new venues are spearheaded by and named after some of country music’s biggest stars.

Just a few of the many such venues include Florida Georiga Line‘s FGL House, Blake Shelton‘s Ole Red, and Dierks Bentley‘s Whiskey Row.

Shelton’s venue is one of the newest in the city, since it opened just last month during CMA Fest week. To celebrate the bar’s opening and the CMT Music Awards, Shelton played a fun trivia game with fans who gathered at Ole Red.

One of the questions Shelton asked was about all of the new bars in the city. He named Florida Georgia Line, Bentley, and Luke Bryan, asking the fan which of the three artists didn’t have a Nashville bar. Of course, the answer was Bryan, and Shelton couldn’t help but tease his buddy for being behind the game.

Just a few weeks after Shelton teased Bryan for not having a Nashville bar, rumors started to circle that Bryan was indeed getting his own venue in Music City.

On Monday (July 9), The Tennessean published an article stating that  Metro Historic Zoning Commission documents showed that Bryan was lending his name to a new venue. But the totality of Bryan’s involvement wasn’t known or confirmed for a while.

Finally, on Tuesday (July 10), Bryan confirmed the rumors that everyone’s been buzzing about. He’s opening a bar in Nashville, and it’s going to be open this month!

A press release issued by Music Row contains a statement from Bryan. You can tell he’s excited about this new opportunity:

“When I first moved to Nashville I played several of the bars on the ionic Broadway Street. I never would have dreamt that I would one day be a part of a place that could offer the same dream to others. Because of Music City and the fans all across the country, the reality of this amazing venue has become possible.”

The new venue will be named Luke’s 32 Bridge Food + Drink, a name inspired by the Route 32 bridge which is near his childhood home in Georgia.

If you get the chance to stop by Bryan’s new bar, you’ll be able to enjoy all sorts of delicious food, including sushi, pulled pork, and Nashville hot chicken. There will also be plenty of signature drinks you can try, including a beverage named after Bryan’s song “Play It Again.”

What makes Bryan’s new venue stand out from all others in Nashville is the fact that it will contain all of the following: six levels of entertainment space, eight bars, four live music stages, and two restaurants.

Since the bar is slated to open this month, we’re hopeful that Bryan will soon perform there as part of a big celebration. If he does perform for the grand opening, you can guarantee that he’ll sing his hot summer hit, “Sunrise, Sunburn, Sunset.” Give it a listen below.

What do y’all think of this news? Are you excited to check out Bryan’s new bar?