Luke Bryan Opens Up About Healing After Heartbreaking Family Tragedy 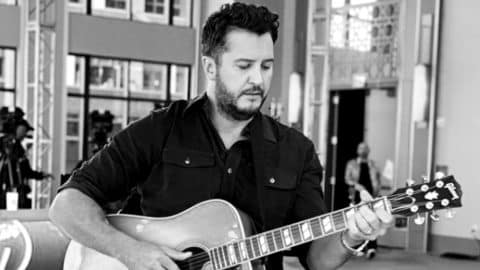 Country star Luke Bryan is ready to open up about his family’s healing process following a season of grief and tragedy.

In an interview with People, Bryan opened up about his past and foreshadowed further exploration in the new docu-series Luke Bryan: My Dirt Road Diary. In the clip, Bryan discusses the loss of his brother, who died in a car accident when the country singer was 19. He also mourned his sister, Kelly, who died of unexplained natural causes at 39. Seven years later, Kelly’s husband, Lee, passed away from a sudden heart attack.

In the video, Bryan revealed that Kelly and Lee left behind three children. His nephew, Til, decided to go live with Bryan and his family, and the singer explained his family was “so honored” by Til’s decision. Byran shared:

“We were so honored that [Til] wanted to do [move in with us] that. We were living in our guesthouse on this farm, and we totally like had to scramble…to get him a bedroom made.”

Despite the loss his family has endured, Bryan explains that he is a “joyful person.” He believes that the tragedies that he has gone through have shaped his ability to live life each day to the fullest.

Watch the video interview in the clip below.

For more on Bryan’s story, check out the following video.