By Miranda Raye on October 20, 2021
Advertisement 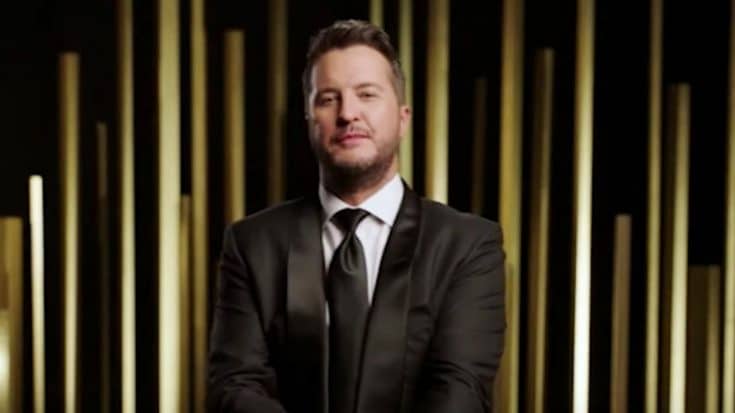 On Monday (October 18), the CMA announced that Luke Bryan will serve as the host of its upcoming awards ceremony. Bryan takes over after Reba McEntire and Darius Rucker hosted the awards in 2020.

This marks the first time the CMA Awards have been hosted solo in 18 years. Vince Gill was the last person to host the awards on his own. They were then hosted for several years by Brooks & Dunn, followed by Brad Paisley and Carrie Underwood.

Underwood united with McEntire and Dolly Parton to host the 2019 ceremony. Then Underwood stepped down as host to make way for McEntire and Rucker last year.

Bryan is also a judge on American Idol, whose home network is ABC. The CMA Awards air on ABC as well.

Bryan shared his thoughts with Deadline about being the host of the CMA Awards this year. He said:

“The CMA Awards is one of the biggest nights of the year for Country Music. Being asked to host the CMA Awards was definitely something I put a lot of thought into before answering. The pressure that comes along with that can be overwhelming, but knowing I get to help honor and celebrate so many of my friends, I knew it was something I couldn’t turn down.”

Bryan recalled how he watched the CMA Awards at home while he was growing up. He named all the great hosts of the past, including Gill, McEntire, and Kenny Rogers. He then spoke about how much fun he had watching his peers host the awards once he became an artist:

“And then becoming a part of this amazing Country Music family and sitting on the front row while Brad Paisley, Carrie Underwood and Darius Rucker took the reins, all of these artists are heroes and friends, and I am honored to have my name included in this group. I’m looking forward to making it fun and memorable and using this platform to continue to make Country Music shine.”

You can watch Bryan host the CMA Awards on Wednesday, November 10 at 8 PM on ABC. In the meantime, check out the video below to watch one of his performances from a past CMA ceremony.

We wish Bryan the best of luck as he prepares to host the CMA Awards this year!