Luke Bryan Wipes Out On The Slopes During Family Ski Trip 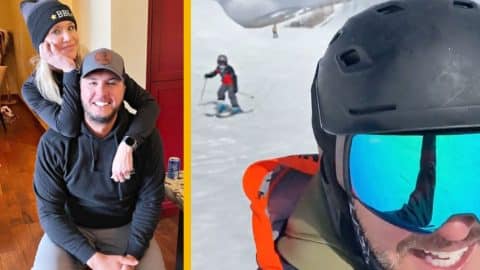 Luke Bryan will soon return to Los Angeles to continue filming American Idol, but the country star is hitting the slopes before getting back to work.

Bryan and his family are currently on a ski trip, and the “One Margarita” singer has shared several family photos while encouraging fans to tune into American Idol’s audition episodes. In a wintery photo with his nephew, Til, Bryan captioned:

“Me & Til shredding the slopes then headed in to watch @americanidol at 8/7c! Who are you gonna watch with?”

On Tuesday, Bryan also shared a video of his son Tate’s skiing skills. While the 10-year-old handled himself impressively, Bryan picked up too much speed as he passed by his son. Bryan turned the camera lens on himself and began yelling before ultimately crashing to the ground. In Bryan’s usual good nature, the singer shook off the wipeout with a laugh.

“Me and tot. Then I wiped out,” Bryan shared in the video’s caption on Instagram.

For more on Luke Bryan and his family, check out the following video.