By Jennifer Pernicano on December 18, 2018
Advertisement 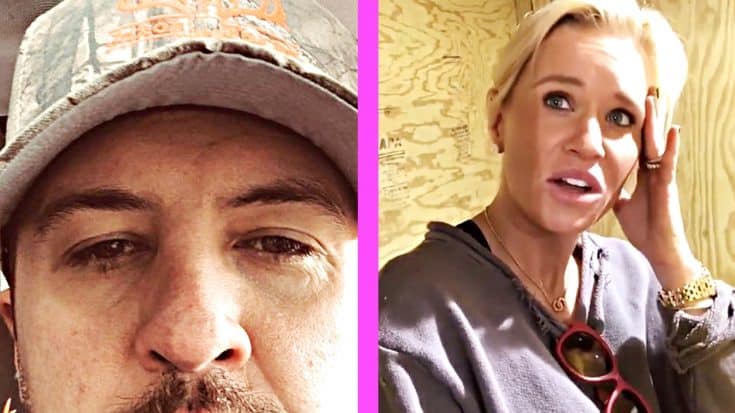 Luke Bryan‘s relationship with his wife is one to envy. The college sweethearts are definitely each other’s best friends which sometimes includes pranks…and brutal honesty.

Luke and Caroline Bryan have been married for over 12 years now. How do they make it work? Well, according to Caroline, the way to have a successful marriage is to “have a sense of humor and selective hearing.” Just a quick scroll through their social media and you can tell these two definitely know how to joke around and have fun!

2 tips for a successful marriage: Have a sense of humor and selective hearing. Many days I swear Luke needs a hearing aid. Congrats @michaelomccurry @jordancaden what an amazing wedding! ?♥️?

Part of that sense of humor includes pranking each other mercilessly. Caroline initiated the “12 Days of Prankmas” with funny bumper stickers and air horns.

But Luke stayed on top of his game as well. Using some ketchup and a knife he faked a bad cut that freaked Caroline out until she realized it was all an act.

While the two are willing to go to pretty far extremes – we never thought we’d see the day that Luke would completely change his appearance just to prank his wife! The country star grew out a silly mustache and shaved off his gorgeous beard most gals have fallen in love with by now.

And while we got a good chuckle out of the picture alone, seeing Caroline’s reaction made it that much better.

After hearing a gobble at the door, she opened it to see her hubby’s new look. All she could muster up before closing it again was, “Oh my God, you did not.”

You can watch her whole hysterical thing go down in the video below and let us know what you think of his new look in the comments!