By Manly Bryant on March 28, 2019
Advertisement 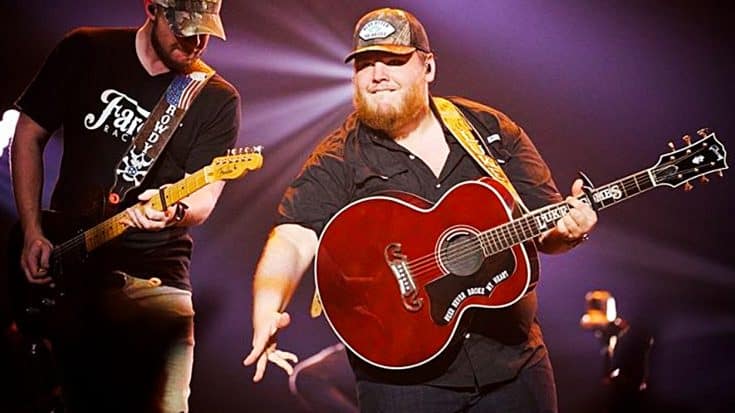 Already in the middle of what is his biggest year yet, this country music star is prepping for a whole bunch of new shows across the country – and he’s even bringing along a few new faces to keep the party going!

Luke Combs has had a massive year – to put it lightly.

He’s been out on his Beer Never Broke My Heart Tour, earned nominations from the Grammys, CMAs, and ACMs, and has even become the first artist to have his five first singles reach No. 1 on Billboard’s Country Airplay chart.

Plus – he got engaged to his longtime girlfriend Nicole Hocking in November 2018!

Beyond that, he’s also seen his debut album, This One’s For You, get certified 2X Platinum and took home awards from the iHeartRadio Music Awards, CMA Awards, and was just announced as an early winner from this year’s ACM Awards.

Got some pretty awesome news yesterday while I was making my toaster strudel… Thanks for the call, @carrieunderwood! This is a dream come true and I'm so thankful for all of you. Can't wait for the @acmawards! #ACMawards

To keep the furious pace going – and enjoy every last minute – Combs has decided to extend his super popular tour and added almost 30 brand new dates, but that’s not all.

@lukecombs – The Way I Talk (@morganwallen cover) / Big annoucement TOMORROW, Mar. 28 at 11 AM EDT / Join my fan club at bootleggers.lukecombs.com (link in bio) to hear it first!‬

On top of adding a whole extra leg to his tour schedule, Luke Combs also is shaking up his list of opening performers and is bringing three new rising country acts with him on this new series of dates.

Starting on September 26th, 2019 in Rogers, Arkansas and running all the way through December 13th with a final show in Nashville, Luke’s new segment of the Beer Never Broke My Heart Tour will add Morgan Wallen, The Cadillac Three, and Jameson Rodgers to various dates.

Excited to announce I’m adding 29 new dates to the Beer Never Broke My Heart Tour! Join my fan club at…

Surely, these concerts will be selling like hotcakes, so to make sure you can score a ticket to the concert nearest you – join his fan club The Bootleggers!

Check out the full list of dates below along with his behind-the-scenes video of “She Got The Best of Me.”