By Manly Bryant on February 25, 2019
Advertisement 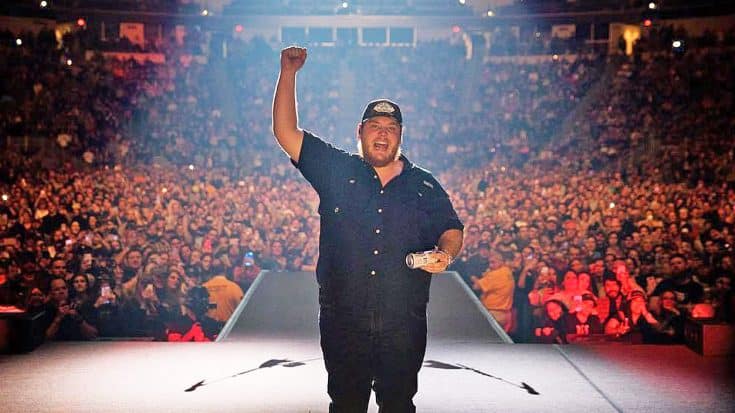 Country powerhouse Luke Combs just made history within just two years of his blooming career. Combs has just been named as the first artist to send his first five singles to No.1 on the Country Airplay chart. Right from the beginning, Combs’ first released single was an instant hit – leading the top of the charts for weeks. It wasn’t long before he was taking reign over the Country Airplay chart permanently.

How I feel about 5 number one songs in a row!!!!! There are so many people to thank. First off the fans, the bootleggers, thank you for believing in me and showing your support song after song and show after show you are what keeps me motivated to move forward and without you none of this is possible. My co-writers on this one, @rowdyrob74 and @wyatt.durrette thanks for being great friends and believers in me and this song. My awesome management team of @justkappy and @machenlynn for all the work and time put in. My @sonynashville family for going to war for me everyday to get these songs heard. All the wonderful people at country radio for believing in an underdog and playing his songs for people to hear, and last but certainly not least my beautiful fiancé @nicohocking for inspiring me to write this song, for loving me through all of life’s ups and downs, and for being my rock when I fall down. I love you baby. 📸: @davidbergman

Combs’ got his big break after his 2015 debut single, “Hurricane” sold 15,000 copies just in its first week. Little did he know, this would be just the beginning of a series of hits off his masterpiece of an EP, This One’s for You. After signing with Sony Music Nashville, “Hurricane” was re-released where it hit No. 1 on the country radio airplay charts in May of 2017 – holding its spot for two weeks.

This One’s For You reached No. 1 on the Billboard Top Country Albums chart within one week of release. His second single, “When It Rains It Pours” hit country radio in 2017, quickly climbing to number one on the Country Airplay Chart. Combs’ third single, “One Number Away,” was released in 2018 and lead the chart for a week.

Following the album’s incredible success, Combs released two bonus tracks that quickly found their way to the top of the charts as well. “She Got The Best Of Me” was the fourth released single, reaching No.1 in late 2018. Combs’ latest single, “Beautiful Crazy” became a viral sensation before even being released – as Combs would perform it live on Facebook and at his concerts. Squeezing its way into 2019, “Beautiful Crazy” reached No.1.

Over the past two years, I've written a ton of songs, but I get impatient and don't want to keep them bottled up, so I play them for y'all at radio shows and on social media and y'all really seem to love them. While I've recorded more music than what I'm about to release, I'm putting this deluxe album out until record 2 is ready because I feel like this is a way to give y'all the songs you've been asking for without having to put a whole new record out. I'm excited to announce 5 brand new songs – "Houston, We Got a Problem," "Must've Never Met You," "Beautiful Crazy," "A Long Way," and "She Got the Best of Me" are available now. Hope y'all enjoy! | LISTEN NOW: smarturl.it/LCDLX (link in bio)

With an album consisting of love songs, heartbreak, and moving on anthems, it’s no wonder this talented gem is taking the country world by storm!

Congrats Luke! We can’t wait to see what other phenomenal work you release next. Until then… This One’s For You will be on repeat.