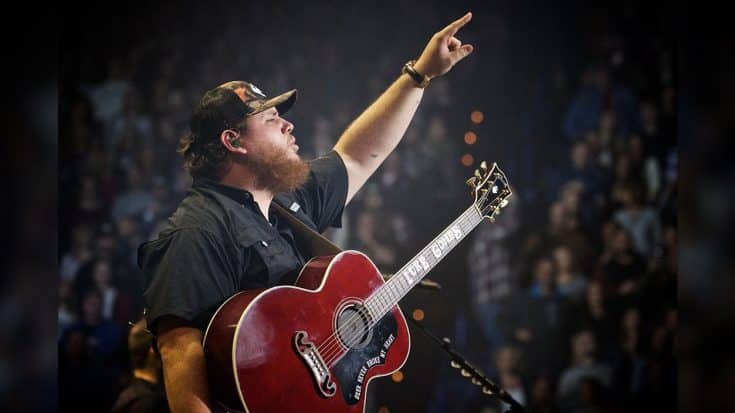 Luke Combs is a multi-platinum, award-winning musician from Asheville, North Carolina, who took over the country music landscape as one of its biggest and brightest stars. His new album, What You See Is What You Get, was released last fall and debuted at #1 on both the all-genre Billboard 200 chart as well as Billboard’s Top Country Albums chart.

Combs’ title track to his new album, ‘What You See Is What You Get’, is spending its 25th week at No. 1, making him the only country artist to have their first two albums hold that top spot for 25 weeks. Taylor Swift’s self-titled debut album from 2006 spent 24 weeks at No. 1 and her 2008 follow-up, Fearless, spent 35 weeks at No. 1.

His 2017 debut project, This One’s For You, spent over 50 non-consecutive weeks at No. 1, tying the record with Shania Twain‘s 1997 project Come On Over for the longest stint at No. 1 on the country albums chart.

Recorded “Six Feet Apart” this week. Out next Friday, May 1 on all streaming platforms.

As much of the music industry is put on halt due to COVID-19, Combs hasn’t slowed down one bit. Between recording more music, releasing songs, and going live on Instagram, he has been able to stay connected with his fans and followers while live shows are put on hold.

On Thursday, July 16,2020 Combs is slotted to perform on The Tonight Show Starring Jimmy Fallon.

Check out the video below to listen to his song ‘What You See Is What You Get.’