By Taylor Winston on June 7, 2019
Advertisement 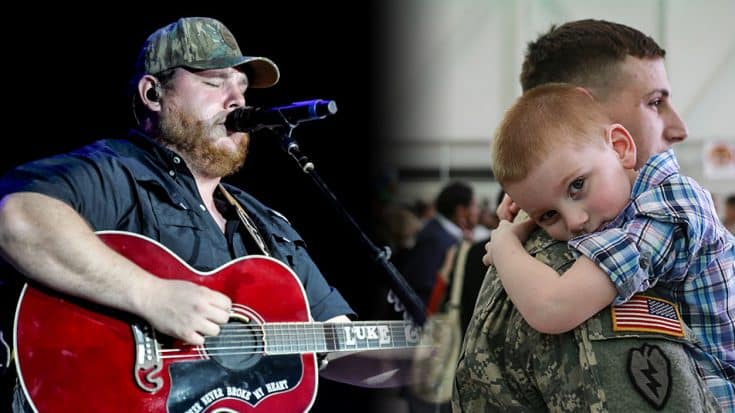 There is always some kind of excitement and anticipation when our favorite artists release new music.

We couldn’t be more thrilled Luke Combs has released his new EP The Prequel this morning right before the weekend! The EP consists of 4 new songs and his lead single “Beer Never Broke My Heart,” which has already been streamed over 13 million times, ranking it the most-streamed country song in a debut week ever.

THE PREQUEL FT. 4 NEW SONGS IS OUT NOW! Available via the link in my bio!!

This will be the second EP Luke Combs has released since his first album, now certified double platinum, This One’s For You. One of the things we appreciate is that Luke Combs has always been part of writing the music, and this EP release is no different. Luke Combs helped write all 5 new songs with the help of some of Nashville’s top writers including; Jonathan Singleton and Ray Fulcher.

The 5 new songs include:

“Even Though I’m Leaving”

All the new songs, as expected, are amazing.

Many times though there is a hidden gem that doesn’t get as much attention as the rest and we think that song this time is ‘Even Though I’m Leaving’. If you have ever been in the military or anyone in your family has, then this song will speak to you. The song starts off emotionally vulnerable coming from a child’s perspective of their father leaving for war when Uncle Sam comes a knockin’.

“Daddy, I’m afraid, won’t you stay a little while?
Keep me safe ’cause there’s monsters right outside
Daddy, please don’t go, I don’t wanna be alone…”

The song then leads into the father reassuring his child that even though he is away, he will be right by his side and to trust that he will be there even when he’s away. Even though this song is written specifically as a storyline between a father and a son, it is relatable to anyone leaving their loved ones behind. The true underlying meaning is whenever a loved one is deployed, they are still with you even when they are so far away. The sacrifices the men and women make for our country is something truly to be admired. Leaving their families behind to fight to protect our freedoms is one of the most selfless things one can do. The chorus couldn’t have been written any better to portray this message of love to those who are left behind.

“Just ’cause I’m leavin’
It don’t mean that I won’t be right by your side
When you need me
And you can’t see me in the middle of the night
Just close your eyes and say a prayer
It’s okay, I know you’re scared when I’m not here
But I’ll always be right there
Even though I’m leavin’, I ain’t goin’ nowhere”

Many of the times it takes some convincing for one to feel comfort, and the bridge of the song illustrates the fear of a loved one leaving perfectly.

“Daddy, I’m afraid, won’t you stay a little while?
I never thought I’d see the day I had to say goodbye
Daddy, please don’t go, I can’t do this on my own
There’s no way that I can walk this road alone
Daddy grabbed my hand and said…”

The song closes out with a beautiful breakdown chorus to let the words really sink in and then builds back up to really drive the lyrics of “I ain’t goin’ nowhere” home. Fantastic job by the whole team on this beautiful tribute to our military.

Take a listen to the whole song in the video below.