By Miranda Raye on October 4, 2019
Advertisement 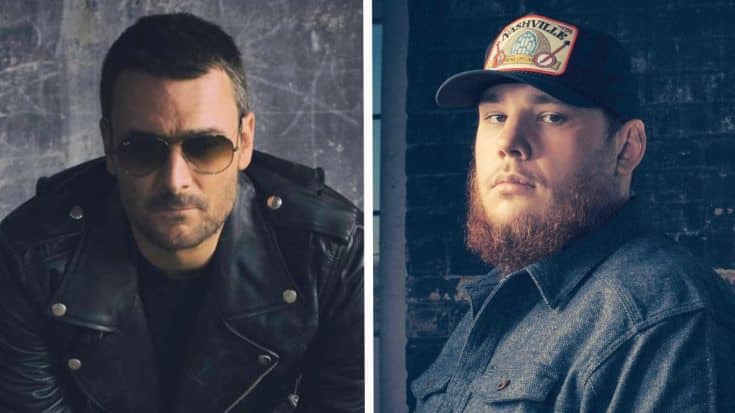 After more than two years since the release of his debut record This One’s for You, Luke Combs is finally dropping his sophomore album. The record, titled What You See Is What You Get, is due for release on November 8.

Combs unveiled the album’s title and cover art through a video posted to his social media profiles on September 12.

New album What You See Is What You Get available November 8! Pre-order now via the link in my bio and receive “1, 2 Many” feat. @brooksanddunn!

So far, Combs has released two singles off of the record, including the #1 hit “Beer Never Broke My Heart.” His second What You See Is What You Get single is titled “Even Though I’m Leaving,” and it has already climbed as high as the ninth spot on the Hot County Songs chart.

Other songs that Combs has released off of the new record include “Lovin’ on You,” “Refrigerator Door,” “Moon Over Mexico,” and “1, 2 Many.”

“1, 2 Many” is the unique song of the bunch, since it features future Country Music Hall of Famers Brooks & Dunn. The duo previously collaborated with Combs on an updated rendition of “Neon Moon” for their album, Reboot.

But “1, 2 Many” won’t be the only collaboration on What You See Is What You Get. On Thursday (October 3), Combs shared the album’s entire tracklist, with the titles of all of the unreleased songs blocked out.

However, Combs let one little detail slide. He revealed that Eric Church will be singing with him on track #13!

Even though the title of Combs and Church’s collaboration is blocked out, you can read enough of it to develop a guess of what it says. We think it’s titled “Does to Me,” how about y’all?

You’ll know the answer when Combs shares the complete tracklist on Monday, October 7 at 7 PM EST. We can’t wait to confirm what the title of his Church collaboration is! And of course, we want to know what the other songs are titled too.

Combs is surely excited to have “The Chief” singing with him on a song. He’s been a professed fan for years, and even covered his chart-topping hit “Talladega” back in 2015. You can catch that performance below.