By Miranda Raye on February 8, 2019
Advertisement 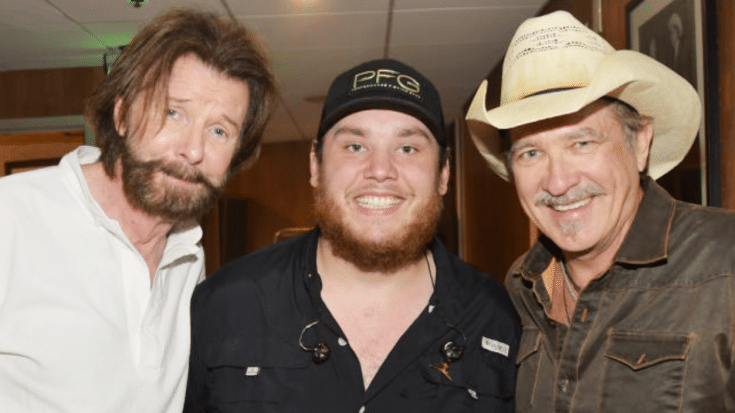 The Song That Started It All

When Brooks & Dunn announced their retirement in 2009, fans were saddened to see one of country music’s greatest duos end their run. Together, members Kix Brooks and Ronnie Dunn dominated the charts and awards show circuits, with 20 chart-topping hits and numerous award wins to their name.

The duo famously set the record for the most wins in the Vocal Duo of the Year category at the CMA Awards, with a whopping total of 14 wins.

Such success wouldn’t have been possible without the pair’s debut album, Brand New Man. Released in 1991, the album contained songs that are still considered to be the duo’s signature tracks, such as “Neon Moon,” “Lost and Found,” and the song that reignited the line dance craze, “Boot Scootin’ Boogie.”

Of course, the album also contained its title track, “Brand New Man.” The song was co-written by Brooks and Dunn alongside Don Cook, and was released as their first single together.

It was a smash success, and topped the country charts in both the U.S. and Canada. Listeners couldn’t get enough of the song, which had Brooks & Dunn powerfully declaring their love for a special someone in their lives.

Listening to that old recording of “Brand New Man,” it’s easy to tell that something magical happened whenever Brooks & Dunn sang together. That’s why their retirement was so devastating to fans, as they yearned to hear their voices reunited.

Thankfully, the duo didn’t stay apart for long. They teamed up for a live performance here and there, and had a years-long Vegas residency with their good pal Reba McEntire.

Experience a once in a lifetime performance by Reba with Brooks and Dunn in VEGAS!

Get signed up for your chance to win: https://t.co/czCvVvWbhY pic.twitter.com/OaBOoSUMsR

Finally, after 10 years without releasing an album together, Brooks & Dunn finally gave the fans what they wanted in 2019. They debuted a new album, titled Reboot, which features them singing their hit songs alongside some of country music’s hottest stars.

Just a few artists who contributed to the record include Kacey Musgraves, Tyler Booth, and Kane Brown.

Another artist you’ll hear on Reboot is Luke Combs. Known for his powerhouse vocal performances, it made perfect sense that Combs was asked to join Brooks & Dunn on their updated rendition of “Brand New Man.”

It’s a song that Combs has already proven himself worthy of singing, as he’s been performing it for years. An official video of him performing the song live in 2017 has over two million views.

You can go ahead and listen to the new “Brand New Man” recording below. It’s just as epic as you’d expect!