Luke Combs’ “This One’s For You” Certified Double Platinum 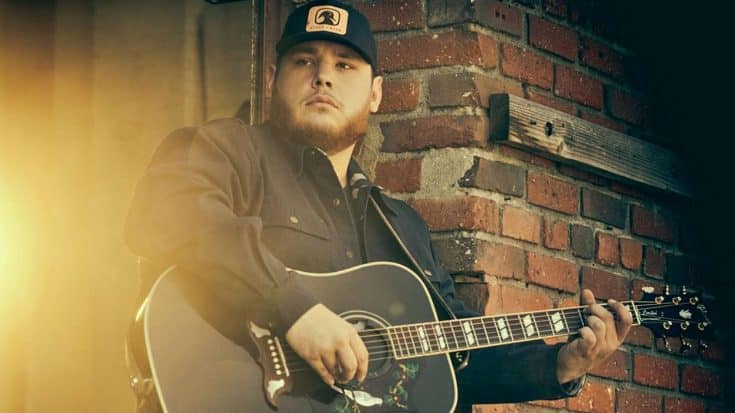 Already reeling from the high of his recent record-breaking success, this country music hitmaker is the recipient of even more great news!

A brand-new press release has revealed that Combs critically-acclaimed debut album has been certified 2X Platinum by the RIAA.

Since its release, the album has spent 27 weeks total at the top of Billboard’s Country Albums chart and was the top-selling album in 2018 and is already the most-streamed album of 2019.

To say that this is a historic start to an amazing career in country music would be an understatement. Luke Combs is skyrocketing to the top and straight into the history books – and nobody is more deserving!

Luke Combs, who first dropped his debut album This One’s For You in June 2017 has now seen every single released soar to the No. 1 spot on the charts – making him the first artist ever to send his first 5 singles to the top of Billboard’s Country Airplay chart!

“Beautiful Crazy”, his most recent single, already has more than 270 million on-demand streams, and Combs recently released an acoustic fan video to celebrate the milestone and show appreciation for his loyal following of country music lovers known as the “Bootleggers”. (join the Bootleggers free here for exclusive updates, giveaways and more!)

Each single has been certified Platinum by the RIAA, with his first two scoring 3X Platinum and 2X Platinum, respectively.

To cap off all of these incredible achievements, Combs took home New Artist of the year at the 52nd Annual CMA Awards in November 2018, is nominated for two ACM Awards, and has been traveling across the country on a sold-out “Beer Never Broke My Heart” tour that folks have been raving about.

Whoa… Mom and dad, I love you. Nicole, I love you too. Lynn, Kappy, Sony, CAA, my road family, Big Machine publishing, Jonathan Singleton, everybody that believed in me, everybody in country music for inspiring me, and to the best fans in the world – thank you guys. God, I love country music, man. #CMAawards

Luke is truly a one-of-a-kind talent, and couldn’t be more humble in his success. Check out Luke Combs’ amazing behind-the-scenes video for “Beautiful Crazy” below and make sure to snag your own copy of his debut album, too!